Would've eaten it at security

A backpacker has been fined $2,664 for attempting to bring a McDonald's breakfast from Bali to Australia, the latter of which has strict biosecurity laws. 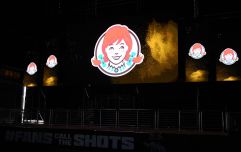 END_OF_DOCUMENT_TOKEN_TO_BE_REPLACED

The unnamed traveller flew into Darwin in Australia's northern territory with a ham croissant and two egg and sausage muffins in her luggage. Unfortunately for the jet setter, Zinta, the snitching security dog, quickly sniffed out the contraband and reported her findings to her handler.

According to News.com.au, the traveller also provided a "false and misleading document" and did not declare the food. Failing to declare items can result in heft fines.

Via Department of Agriculture, Fisheries and Forestry 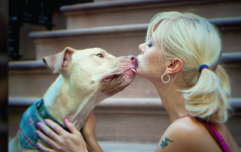 END_OF_DOCUMENT_TOKEN_TO_BE_REPLACED

In this case, the backpacker was slapped with a $2,664 fine, making it the most expensive Maccies breakfast in history. The fine was also twice the price of her ticket from Bali.

While you might think the punishment is a little harsh, given that her contraband is carbs and not cocaine, Australia has strict policies as a food and mouth disease-free (FMD) country.

Australian Agriculture Minister Murray Watt said he had "no sympathy" as she chose to "disobey" the country's strict rules.

"This will be the most expensive Macca's meal this passenger ever has," he said. "This fine is twice the cost of an airfare to Bali, but I have no sympathy for people who choose to disobey Australia's strict biosecurity measures, and recent detections show you will be caught."

END_OF_DOCUMENT_TOKEN_TO_BE_REPLACED

He continued: "Australia is FMD-free, and we want it to stay that way.

"Biosecurity is no joke – it helps protect jobs, our farms, food and supports the economy. Passengers who choose to travel need to make sure they are fulfilling the conditions to enter Australia, by following all biosecurity measures."