A huge Italian street food festival is coming to Manchester

It's the biggest Italian food festival in the UK.

Festa Italiana will be returning to Manchester for its fourth edition this year, bringing a taste of Italy to Cathedral Gardens over the August bank holiday.

END_OF_DOCUMENT_TOKEN_TO_BE_REPLACED

And there will be some intriguing new editions this year as well - including an outdoor cinema.

Sponsored by Peroni, the big screen will appear over the weekend and will screen classic such as La Dolce Vita, Romeo and Juliet and for viewers to enjoy whilst slumped into bean bags and deck chairs and sipping on Italian lager and cocktails.

The festival is also set to feature a "photography exhibit surprise," as well as a range of workshops, demonstrations, book signings and banquets. 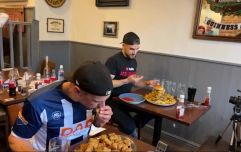 END_OF_DOCUMENT_TOKEN_TO_BE_REPLACED

Some of the chefs confirmed to be attending so far include Aldo Zilli, Giancarlo Caldesi, Gennaro Cantaldo, specialist pasta maker and author Carmela Sereno Hayes, and Festa founder Maurizio Cecco.

Meanwhile. Salvi's has confirmed that it will be returning with its popular deli stand, for all your cured meat, cheese, olive oil and cake needs.

That's right! We're back from the 27th-29th of August at Cathedral Gardens for the best Festa Italiana yet! 🤩🥳😍

Posted by Festa Italiana Manchester on Tuesday, May 25, 2021 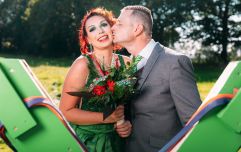 END_OF_DOCUMENT_TOKEN_TO_BE_REPLACED

The 'lineup' for the the street food is yet to be revealed, but be sure to expect some new Italian-inspired eateries that have emerged during the lockdowns.

Emerging out of Manchester's rich Italian heritage and community, Festa Italiana will return to its home at Festival Piazza at Cathedral Gardens, and will take place from August 27-29.

popular
Incredible case of the only known individual whose parents were two different species
Multiple fatalities after planes collide mid-air over airport
Andrew Tate banned from Instagram and Facebook
Former Playboy Bunnies detail what it was like having unprotected orgies with Hugh Hefner
Footage emerges of Andrew Tate getting knocked out during kickboxing bout
Court hears cringeworthy poems Ryan Giggs wrote to his ex
The JOE Friday Pub Quiz: Week 308
You may also like
Gaming
NASA-style food pouches developed for gamers to give them essential nutrients
Life
California to become first state to offer free school meals to every kid
News
Iconic Pork Pie Roundabout could be renamed to get people to eat vegetarian diet
Food
Pictures of notorious Chinese takeaway that put the 'Grim in Grimsby' released
Life
Asda slammed for 'embarrassing poorer families' with new product redesign
Next Page