WATCH: The Duke and Duchess of Cambridge surprise BBC presenter live on air

They're not known for their drive-by interviews.

So you can understand people's surprise when William and Kate dropped into the BBC unannounced to wish former Big Brother star and DJ Adele Roberts the best of luck with her upcoming run. It's safe to say she was shocked. 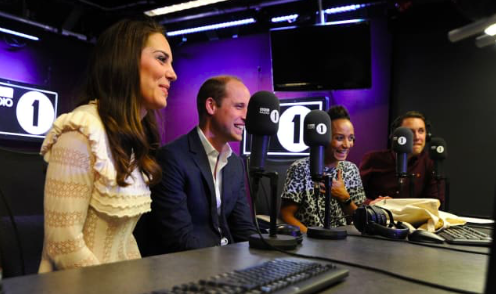 The BBC DJ is preparing to run the London marathon this weekend in support of Will and Kate's charity Heads Together, and they decided to check in and see how her training is going,

Here's the surprising moment as it happened,

SURPRISE! @AdeleRoberts gets a special visit from The Duke and Duchess of Cambridge ahead of her London Marathon run for @Heads_Together ❤️ pic.twitter.com/tCo6ZoMc6W

As you can tell Adele was pretty thrilled,