Nothing gets past Pokemon fans. Nothing.

We were reminded of this yet again on Saturday evening, when Take Me Out contestant Sharlene was pounced upon for her shameful mistake.

Sharlene was one of the two remaining girls hoping to win a date with singleton Shaun. As is always the way, a question was thrown at the the pair to help the Shaun make his final decision. 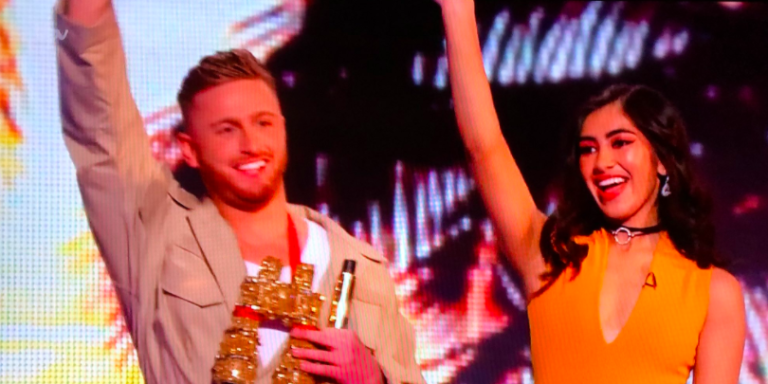 END_OF_DOCUMENT_TOKEN_TO_BE_REPLACED

Asked what animal they would be if they had to choose one, Sharlene explained that she'd like to be Pikachu, "because he's 'small and fiery".

Now, as we're sure you were already aware, Pikachu is not actually an animal. More importantly - and much to the disgust of many a Pokemon fan - he was never at any point fiery.

Her answer did not go down well with viewers at home.

She would call herself a pikachu because she's 'small and fiery' ?? Pikachu is not a fire Pokemon #TakeMeOut


Did she just refer to Pikachu as a fire type? #takemeout pic.twitter.com/HXso08JZUV

did the girl from #TakeMeOut just say that Pikachu is an animal :)

#takemeout pikachu is an electric based pokemon pfft. Light off for me if you don't know your pokemons

Gimp answers Pikachu to the question 'what animal are you?'. That's not an animal hen! #takemeout #cameltoe

Pikachu isn't an - you know what, nvm #TakeMeOut


"what animal are you?"
"Id be peak-a-chu cos I'm dressed like him and I'm small and firey".

1. She's dressed in mustard brown.
2. Pikachu is an electric Pokémon, you damn fool.#TakeMeOut

Pikachu is an electric Pokemon, not fire. And you still picked her. #TakeMeOut #knowyourpokemon

Since when was Pikachu Fiery? He’s a Electric Type! #TakeMeOut

#TakeMeOut Pikachu is not even an Animal! ???

Despite her embarrassing error, Sharlene did in fact win the date. Hopefully, she'll have a good week on the isle of Fernando's to think long and hard about her mistake.

popular
John Bercow joins Labour party and launches attack on Boris Johnson
The JOE Friday Pub Quiz: Week 248
Rio Ferdinand responds to fans calling him out on terrible Scotland prediction
Hungary pull out 'celebration of the tournament' after opener against France
Cristiano Ronaldo's lung-busting run to score Portugal opener was inhuman
A definitive ranking of every swear word from worst to best
Thorpe Park mask policy compared to racial segregation
You may also like
Entertainment
Money Heist season 5 is dropping on September 3
Entertainment
Eurovision: Ones to watch, the odds and the predictions
Entertainment
A definitive list of the best 5 Eurovision songs of all time
Entertainment
Friends reunion premiere date announced, along with special guests
Entertainment
Elon Musk has reportedly lost over $20 billion since hosting SNL
Next Page