'There are those who said this day would never come. What have they to say now?'

Online shooters are rarely the most wholesome places on the internet, it must be said, but every now and again we're reminded of the days of simpler times. 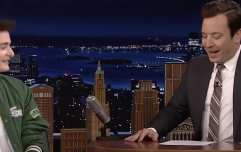 END_OF_DOCUMENT_TOKEN_TO_BE_REPLACED

When your friends were busy so you'd log on solo and perhaps you'd come across another player, things just clicked; you'd swap. gamertags and suddenly your party grew by one. Well, this legendary tweet is once again doing the rounds again and we couldn't not share it:

Twitch streamer @deathbox_, who currently plays Apex Legends for the esports team Obey Alliance, shared this unlikely reunion with Twitter in April of 2020, after he discovered that he might just be playing with an old friend.

As you can see, after 'Hysteria' sent a friend request and 'deathbox' accepted, the mystery man went straight in with the big question: "Did you play Halo 3 by any chance"?

The best part about it is, you can see that both players realise who they're talking to almost immediately, as the Swedish Valorant player suddenly asks, "Max is that you"? Wholesome stuff. Basically this but irl:

END_OF_DOCUMENT_TOKEN_TO_BE_REPLACED

Naturally, the old Halo friends explode into a succession of OMFGs and laughter and while we never got to see what came next, we'd like to think the two Spartans went on to a heartwarming catch-up.

Halo 3 first released in 2007, meaning these two might not have spoken to each other in 17 years. Holds back bro tears.