She is thought to have taken her own life

Popular Twitch streamer Kristina "Kika" Dukic has been found dead at her home in Belgrade, Serbia. While the cause of death is yet to be confirmed, social media posts and local media suggests that she is thought to have died by suicide. She was just 21.

Fellow gamer and esports pro, Jake Lucky, posted this tribute to her on his Twitter, featuring a now-disappeared Instagram story posted on her account from her family which seems to confirm the suspected cause of death.

With great sadness, CSGO streamer known as K1KA passed away last night, with her family and friends posting this on her Instagram. She was just 21 years old, Rest in Peace. pic.twitter.com/yxAxI5nudh 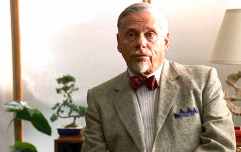 END_OF_DOCUMENT_TOKEN_TO_BE_REPLACED

Kika was best-known for streaming League of Legends and Counter-Strike: Global Offensive (CSGO) - the latter of which she was hoping to go pro with - but got her name starting out as a Minecraft and GTA streamer.

Dukic had been open about her struggles with mental health throughout her career and posted a video about the online abuse she had received on her YouTube channel back in 2019.

She had often been criticised for being 'fake', accused of having undergone plastic surgery and being routinely targeted by people who claimed she wasn't a 'real gamer girl'.

Close friend Mira Vladisavljevic told Serbian outlet Telegraf: “A terrible thing happened last night. I appeal to all the media to carefully report on this case and on the girl who struggled with bullying for five years. Please understand.”