A new trailer for the latest instalment of the Avengers series has landed, and we're all very excited. 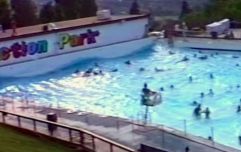 END_OF_DOCUMENT_TOKEN_TO_BE_REPLACED

We're beginning to see more and more of the aftermath of Infinity War in full effect here, as Hawkeye (and his... interesting new hair-do), Thor, and Ant-Man are all reacting in different ways after Thanos' decimating finger-snap.

We all know that apparently none of the trailers (including this one) features any footage beyond the first 20 minutes of the movie (although surely Iron Man gets from marooned in space to joining the group later on must surely take longer than 20 minutes?), and hang on for after the title, as we finally get to see Captain Marvel interact with some of the Avengers!

So many questions, and not long to wait before we get some answers!

Starring: The majority of Hollywood at this point, let us be honest here...

Directed By: The Russo Brothers

popular
Forensic pathologist explains how Brian Laundrie's body skeletonised so quickly
Insulate Britain wants people to not use the M25 today so they can protest on it
Radio presenter tells Insulate Britain protestor cement grows on trees
Squid Game creator says Netflix 'never gave him bonus' despite show making £650m
Tommy Fury and Molly-Mae robbed of '£800k by experienced gang'
NASA finds first planet ever outside our galaxy
Boy, 7, mauled to death by dog adopted three weeks earlier
You may also like
Entertainment
New Black Panther film officially titled Black Panther: Wakanda Forever
Entertainment
WandaVision Episode 7 answers two of the show's biggest mysteries
Entertainment
Wednesday Addams is getting her own Netflix series
Entertainment
WATCH: The new Mortal Kombat movie goes all in on the fatalities
Entertainment
20 of the best documentaries you can watch at home right now
Next Page