The lineup for tonight's Graham Norton Show is very good

It's Friday so that means either one of two things. You'll be heading to the pub, or you'll sitting down in front of the TV.

If you fancy a quiet night in, here's who Graham Norton will be chatting to on tonight's show.

END_OF_DOCUMENT_TOKEN_TO_BE_REPLACED

Ricky will join Graham having this week announced details of his first worldwide stand-up tour for seven years.

If you're a fan of the comedian then you'll be  delighted to know that he’ll be touring all over the UK as part of the HUMANITY tour; we can’t wait.

If you've seen Animals, Fame or Politics then you'll know just how good he is. 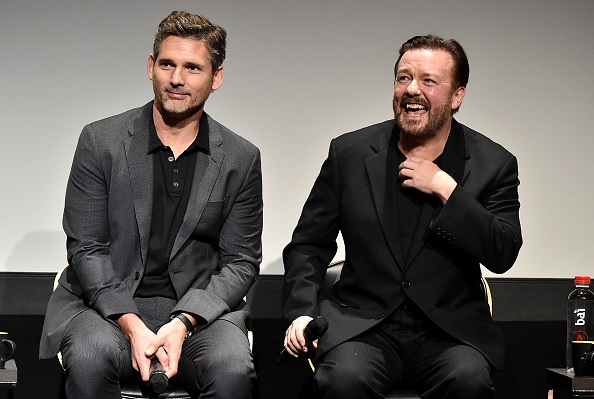 END_OF_DOCUMENT_TOKEN_TO_BE_REPLACED

The star of Avengers Assemble, Thor and The Night Manager will be on to talk about a very busy schedule that includes the reprisal of his role of Loki in Thor: Ragnarok and Avengers: Infinity War - due for release in 2017 and 2018 respectively - as well as Kong: Skull Island, which is also due out this year.

No doubt a relationship with one of the most popular female popstars on the planet will come up in conversation at some point.

END_OF_DOCUMENT_TOKEN_TO_BE_REPLACED

The English duo are currently preparing for Rosencrantz and Guildenstern Are Dead at the Old Vic in London and will take some time out to have a chinwag with Graham on the couch.

English actress Wilson is also doing some stage work at present, starring in Hedda Gabler in the National Theatre in London and she’ll be on to talk about that as well as her starring role in the Showtime series The Affair.

Here's hoping that there's also an update on a new season of Luther or the rumoured spin-off for her character, Alice Morgan.