A new Chris Morris project is always an event. From the surrealism satire of The Day Today, to the controversy of Brass Eye, the bleakness of Nathan Barely and the unexpected humanity of Four Lions, Morris has consistently been one of the most vital auteurs in British comedy.

Now, nearly a decade after Four Lions, he has returned with his second movie as director and first project in the US. On paper, The Day Shall Come could be seen as an Americanised take on Four Lions, focusing on a small group of incompetent would-be terrorists in Miami. Actually, it is about something far more concerning: the FBI.

The introduction to the film states that is ‘based on a hundred true stories’ but it takes its main inspiration from the case of the Liberty City Seven - a supposed plan to topple Chicago’s Sears Tower ‘foiled’ by the FBI - that was actually just a few Haitian Catholics on horseback.

The Day Shall Come starts with a mid-level FBI agent (played by Anna Kendrick) being pressured by her bosses to “find the next 9/11”. With nothing tangible on the horizon, she comes across the fictional Star of Six, a tiny four-member, ragtag and ill-defined sect that combines parts of Black Islamist, Jewish, and Christian beliefs.

Despite the fact they clearly have neither the inclination nor the competence to actually carry out a massive terror attack, Kendrick sets up a sting operation to implicate them, having an informant posing as Al Qaeda offer them weapons. It’s a situation that’s both farcical and terrifying, and members of the real Liberty City Seven ended up receiving between seven and thirteen years in prison apiece.


The cast includes recognisable names including Kendrick, Jim Gaffigan, and Phonejacker's Kayvan Novak, but at the centre of The Day Shall Come is newcomer Marchánt Davis as Moses, the leader of the Star of Six. It is a big role for an actor just out of grad school and without any other features listed on his IMDb page, but he pulls it off with aplomb, treating Moses as a three-dimensional character, both deeply troubled and easily manipulated, yet also fiercely idealistic and trying to provide for his long-suffering wife and child. 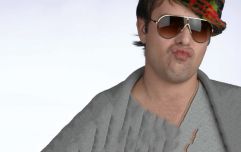 QUIZ: How well do you remember Nathan Barley?

END_OF_DOCUMENT_TOKEN_TO_BE_REPLACED

“It was like three, four months audition process,” says Davis, and Chris Morris is known to work closely with his casts, involving them tightly with the development of his scripts. Auditions involved not just line readings, but in-depth discussion with Morris. Davis described the process like “dating".

“I was like ‘do we like each other? How's it going? What have I learned about you and what have you learned from me?’” said Davis. Eventually, Morris revealed more about the project, and showed Davis a clip of a documentary about the Liberty City Seven a friend of his was working on. Davis was not aware of that case in particular, but instantly saw parallels between events close to where he grew up.

“He pulled out his laptop and like let me watch the interview with one of the guys from the Liberty City Seven, and I was like, ‘Wow, I was like this really reminds me of The Move Organisation in West Philly.’”

MOVE was a black liberation group based in Davis’ hometown of Philadelphia. The organisation was targeted by local police on several occasions - nine members were given life sentences for the fatal shooting of an officer in 1978, despite reports suggesting there were no working guns in the building; and in 1985, a police helicopter even dropped a bomb on a MOVE compound, killing eleven members, including five children.

“I don't think Chris was aware of [MOVE],” says Davis. “That was sort of my entry point and Chris introduced me to Liberty City Seven. I didn't know who they were before, but I knew stories that were like that and I think that's the most scary, sobering thing.”


Star of Six is an amalgamation of all these various groups that have been badly treated by US authorities. “We aren’t trying to say these are the [Liberty City Seven] black Israelites. Because it's not. It’s any group, that's vulnerable, so it is a bit of an amalgamation. There's so many people that are taken advantage. I think that's the thing that's important.” 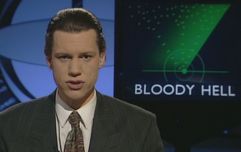 END_OF_DOCUMENT_TOKEN_TO_BE_REPLACED

Would Davis have said he was a political person before he made the film? “Interesting. Everybody asked that question. I'm black in America. I think innately with that, like, you live from a place of a political awareness.

“I don't know if I would say I was or wasn’t. I was always aware of who I was, and aware that I needed, because of who I am, to be able to add something to the narrative. To change the way people view things.”

Morris also incorporated elements of their discussions into the script. “When I was growing up, whenever she had a Santa Claus or angels, my mom always painted them black before we put it on the Christmas tree,” Davis explains - and the concept of Black Santa is something Moses brings up in the film.

Eventually Davis was cast in The Day Shall Come, and the presence of an unknown in the central role really means that the character comes with no existing baggage. Davis does let slip that a big name actor was also in the running, until schedule conflicts forced them off the project. He does not divulge who it was, but does mention that they went in “a totally different direction, image-wise” with his casting.

Despite having studied for a year abroad in Oxford, Davis was unfamiliar with Chris Morris growing up in America. He quickly caught up with his work during the audition process though, and was blown away - particularly by the notorious Brass Eye paedophillia special. “I felt naughty after [watching it],” he laughs. “I felt like I'd done something bad.”

What is Morris like to work with? “He’s a bit of a hoot on set. Sometimes he’s very focused. And then sometimes he is cracking jokes. He’s always throwing out new things and always like changing it up, switching it up on you.”

“Sometimes he might whisper something in your ear and tell you to try it, or he might just yell it from the back as he's looking at the little monitor, in the middle of the scene.”

The Day Shall Come is a complicated film. Morris and his co-writer, Peep Show’s Jesse Armstrong, are affluent, white Brits, writing about American society, and in particular, poor and exploited African-Americans. And Moses is a character shown to be suffering from mental illness. Handled without care, trying to make a comedy about these themes with that set up could be a tonal disaster, but Morris and the cast pull it off.

“For me, I never thought of him as having mental health issues because most people who have mental health issues don't think of themselves as having issues,” says Davis of how he approached the role. “It is everybody around them. I think that was more on like Danielle [Brooks, who plays Moses’ long suffering wife], because she was his moral compass. So the moment in which it goes too far, which Chris beautifully writes, she breaks. She leaves.”

“He is flawed and he has some flawed logic but he's also a visionary.”

The Day Shall Come is in cinemas now