QUIZ: How well do you remember Nathan Barley?

"It's been out for three weeks in Japan"

Originally airing in 2005, the Channel 4 comedy Nathan Barley was not a ratings smash when it first debuted. It's not surprising, really. Created by Chris Morris and Charlie Brooker, it was based on a character from Brooker's cult fake-listings website TVGoHome, and focused on the insular world of the East London new media scene. It was not exactly Mrs Browns Boys or My Family in terms of mass appeal. 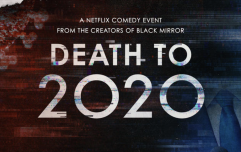 END_OF_DOCUMENT_TOKEN_TO_BE_REPLACED

But like so many shows that go on build a devoted following after initial failure, it proved to be ahead of its time in many ways. Nathan Barley skewered the banality of media wankers and hipster idiocy before such trends went widespread across the country. True, the fads may have changed, and the jeans have got skinnier, but it still works. Now, calling something 'a bit Nathan Barley' is, rightly or wrongly, a shorthand for anything that would irritate your dad.

But the show was far more than just cheap jokes about blogs and phones and electropop. Nathan Barley was a dark, bleak show. Nicholas Burns' Nathan was not really the protagonist - instead, it was Julian Barratt's Dan Ashcroft, a struggling writer, infuriated by the banality of the fashion magazines who celebrate his writing, but constantly failing to be able to do anything else. Nathan and his ilk would hail him as the 'Preacher Man', completely missing that they were the focus of his ire. Yet Dan was no hero either, a bitter, angry person who thought himself better than those around him, yet rarely displayed anything to suggest he actually was.

So, here is a quiz on how much of the show you can remember.