The football comedy you need on your watch list...

Ted Lasso has cleaned up at the Emmys, taking gongs for best comedy series, as well as acting wins for its stars Jason Sudeikis, Hannah Waddingham and Brett Goldstein.

END_OF_DOCUMENT_TOKEN_TO_BE_REPLACED

The Apple TV comedy has been a cult fan-favourite since the first season was released last August but it hasn't broken through fully yet to the point where we're all talking about it in the pub. That said, its massive Emmy success is likely to mean the show will trickle down into more conversations.

So, with that in mind, what's the deal with Ted Lasso - the unusual football show that one of two of your mates are into but you've not yet watched? Here's everything you need to know...

This is real fish out of water territory... An American coach is enlisted to help struggling UK-based football team AFC Richmond (yep, they don't exist IRL, only for the purposes of the show...)

Like you'd imagine, the humour derives from his complete and utter lack of experience dealing with British football teams. Most of the show is set out on the field, in locker rooms and on pitches that are completely new to Lasso. 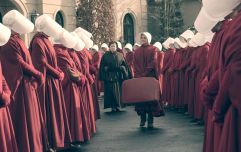 END_OF_DOCUMENT_TOKEN_TO_BE_REPLACED

"I have never coached the sport that you folks call football," he admits in the first episode.

Viewers become privy to the fact that Ted was hired by his ex-wife, the club's owner Rebecca, played by Hannah Waddingham, because she's hoping the club will continue their losing streak.

But you needn't be a big football fan to appreciate Ted Lasso - the show's best comedy moments rely on the culture clash of having the American coaching the Brits.

Ted is a happy-go-lucky guy with a stereotypically American outlook, which means always putting a positive spin on things - and much of the show's biggest laughs come when his polished temperament clashes with the sulkiness of the British football players.

Where's the show set and who are the lead stars?

Hannah Waddingham as Rebecca and Jason Sudeikis as Ted (Apple) 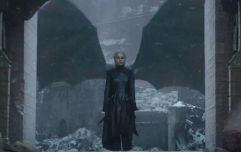 END_OF_DOCUMENT_TOKEN_TO_BE_REPLACED

Ted Lasso actor Jason Sudeikis had a long stint on iconic US comedy sketch show Saturday Night Live from 2003 until 2013 and has also had recurring roles in 30 Rock and It's Always Sunny in Philadelphia.

Hannah Waddingham, who plays the owner of the football team, is mostly a British stage actor but recently had a returning role in Sex Education, where she played Sofia, one of Jackson's two mothers.

Brett Goldstein plays footballer Roy Kent and had a recurring role in Ricky Gervais' drama Derek, as well as appearances on The Catherine Tate Show.

Moving forward, there's a third season of the show commissioned, although Lasso could have steered his team for the last time by the point that the third season wraps up.

“The story that’s being told - that three-season arc - is one that I see, know, and understood,” Sudeikis told Entertainment Weekly in the summer. “I’m glad that they are willing to pay for those three seasons. As far as what happens after that, who knows? I don’t know.”

Although co-creator, writer, and star Brendan Hunt added he would commit to further seasons if Sudeikis changed his mind: “I will say that, whatever he decides, I will happily abide,” he said.