Frankie Mossman, LGBT champion, has passed away aged only 33

Confirmed by his brothers, Francis 'Frankie' Mossman has died at the age of 33. Though no cause of death has been announced as of yet, the New Zealand actor will be missed greatly by family, friends and fans.

His brothers Laurence and Jeremy Mossman described Frankie as an "energetic force".

The brothers have set up a GoFundMe page to help transport his body back to New Zealand, where they hope their mother can say one final goodbye to her son. 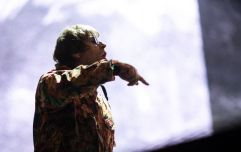 END_OF_DOCUMENT_TOKEN_TO_BE_REPLACED

Their post read: "With heavy hearts and much sadness, we learned of Francis’ passing last Saturday 14th August in Sydney, Australia.

"Francis was an energetic force and much-loved brother and son. He was a well-respected member of the acting community and found a supportive and endearing family community in Sydney.

"His smile and energetic presence will be sorely missed by those lucky enough to have known him."

Frankie will be most remembered from his time in 2010's Spartacus: Vengence where he played Vitus, a fighter who rose through the ranks before being slain. But for the LGBTQ+ community, Frankie's depiction of Stevie in The Horizon was not only raw and compelling but also revolutionary for queer representation. 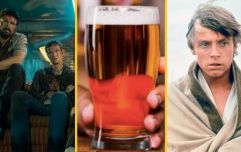 END_OF_DOCUMENT_TOKEN_TO_BE_REPLACED

His last post on the social media platform showed a photo of him as a youngster alongside the caption: "Who knew this boy would endure so much pain."

Though Mossman had numerous acting accolades, he was currently studying for his postgraduate degree in counselling to "help others who were suffering mental ill-health".

He is survived by his long-time partner Lachlan, his mother May, his father Reginald, and his brothers Jeremy and Laurence.

popular
Incredible case of the only known individual whose parents were two different species
TikTokers are utterly convinced there is a secret zombie apocalypse going on in China right now
Time traveller’ claims to know exact date Queen will die
Women need to be dating men 10 years older than them, says relationship coach
Jealous man glued wife's vagina shut as he caught her cheating with four men
The Gambia tells UK grandmothers to find their toy boys from somewhere else
Darius Danesh opened up about his health struggles before his tragic death aged 41
You may also like
News
Kangaroo attacks the gates of the Russian embassy in Australia
Life
Woman takes out full-page ad to get back at cheating husband - and uses his credit card to pay for it
Sport
"He’s shown true courage" - Wallabies captain Michael Hooper backed for brave mental health decision
Food
Backpacker fined $2,664 for taking McDonald’s from Bali to Australia, breaking biosecurity laws
News
Karen's Diner apologises after waiter called customer a 'pedo' and an ‘OnlyFans tart’
Next Page