Is she the second coming of Christ?

Imagine being so powerful that a single tweet sent from your account could devalue a company by one BILLION pounds.

That is what Kylie Kristen Jenner has done with a tweet that is sure to be included in history books for centuries to come.

sooo does anyone else not open Snapchat anymore? Or is it just me... ugh this is so sad.

Kylie Jenner has changed the course of history because after she sent the above tweet, Snapchat's shares took a dive of 7.2% thanks to the influence of her 24.5 million Twitter followers.

All credit to the girl, Snapchat's redesign is absolute garbage. You have to scroll through recent chats to see your friends' updates, then swipe over to a hideous newsy page to see famous people's stories. It's a hot mess, meaning you're unwittingly being subjected to the Snapchat story of some random teenage girl who's doing shoddy makeup tutorials with a selection gardening apparatus at the end because it doesn't stop rolling. Whomever designed this new update was most likely given a brief with said "Hey let's ruin this seemingly unruinable app. Our aim here is to get people to stop using Snapchat and go back to Instagram. Got it? Cool".

This is what my Discover page looks like right now: 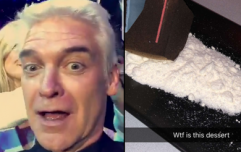 END_OF_DOCUMENT_TOKEN_TO_BE_REPLACED

For context, a little bit about me: I do not care about any of this shit, aside from the story about a passenger farting on a plane, but I've already read that earlier in the week because I have Google alerts set up for the words 'fart' and 'passenger', for reasons I do not wish to get into here. The important point to take away here is that Snapchat has gone to shit.

Kylie Jenner regretfully bitched out of her stance on Snapchat a cool eleven minutes after her initial tweet, where she added a sucky reply:

still love you tho snap ... my first love 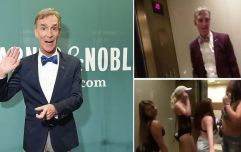 END_OF_DOCUMENT_TOKEN_TO_BE_REPLACED

This is the Twitter equivalent of sending an absolutely savage text to your friend, but ending it with a cute emoji so it softens the blow.

Either way, we need to acknowledge that we're living in an age where a Jenner and/or Kardashian is more powerful than we ever may have thought. If Kylie Jenner was to tweet "Ew, raisins are disgusting", Sun-Maid would go out of business within minutes and there would be a worldwide shortage of raisins for decades because raisin farmers would simply give up their trade. Truly, this is quite a time to be alive.

My mission for the rest of 2018 is to get Kylie Jenner to tweet about the extortionate price of Freddos. Stick with us for all the relevant updates.

popular
West Ham fan's laughable attempt to prove Edinson Cavani was offside goes viral
A definitive ranking of every swear word from worst to best
Elon Musk and Jeff Bezos lose billions as tech stocks and crypto plummet
Non-league footballer Christian Rowe dies aged 19
UK's most dangerous prisoner begged for a pet in prison 'and promised not to eat it'
Teen gets USB cable stuck in penis during experiment 'to work out how big' it is
Fitness expert reveals army technique to fall asleep in two minutes
You may also like
News
University withdraws student offer over racist abuse of England players
News
Mum Snapchats herself hitting M60 at 88mph - has horrific crash
News
Influencers divided on Norway's new law on photo editing
Tech
You can now delete messages on Snapchat, here's how
News
Snapchat are finally ditching the update that everyone hated
Next Page