As Jimmy Carr continues to face criticism over his remarks about the Roma people, a second Holocaust joke has surfaced from the comedian's recent book prompting a new wave of outrage.

END_OF_DOCUMENT_TOKEN_TO_BE_REPLACED

Released a few months before his Netflix special "His Dark Material" aired over Christmas, Carr wrote another joke inside his book "Before & Laughter: The Funniest Man in the UK's Genuinely Useful Guide to Life."

Under the heading "Jokes on Hitler", the 49-year-old wrote: "To laugh can be an act of defiance. People will laugh in the most stressful and hopeless situations. During the Holocaust, prisoners held in concentration camps found ways to secretly tell jokes and share stories.

"And they laughed. Laughing gave them some control and reminded them of their humanity. It helped them cope."

The statement itself is not untrue. Jewish comedian Robert Clary, who was imprisoned in the Buchenwald concentration camp, said making people laugh during the Holocaust saved his life and was a form of protest, as Carr mentioned.

But Carr didn't stop there.

Historically lots of great literature has been subject to attempted censorship; James Joyce, Kurt Vonnegut, Harper Lee. But now some people want to make it so Jimmy Carr isn't allowed on TV. That's the thing with censorship, no one talks about the positives.

He then referenced 1997's Life is Beautiful, which follows a father and son as they are sent to a concentration camp. 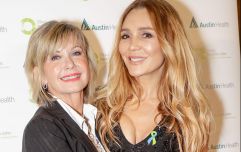 END_OF_DOCUMENT_TOKEN_TO_BE_REPLACED

He wrote: "The movie Life is Beautiful is exceptional. How could they make a Holocaust movie that was funny? Well, because that s**t happened. And I think it's okay to joke about the Holocaust."

The punchline referred to there not being "safety in numbers" for those killed.

Protesting Jimmy Carr's show at the Grove Theatre in Dunstable tonight, calling for an apology to his 'joke' about the Roma Holocaust, and to say that Gypsy, Roma, Traveller hate is not a laughing matter. pic.twitter.com/bdhmlNS3RZ

"Jimmy Carr is right that people in the Holocaust concentration camps tried to assert their humanity in a variety of ways, in the face of propaganda and policies that deliberately sought to dehumanise them," she told the Evening Standard.

"But Carr's 'jokes' certainly do not humanise, nor are they funny or joyful, as he has claimed. They dehumanise people and perpetuate prejudice."

Caller just said Jimmy Carr should be ‘locked up’ for his comments on Jews. When I explained it was about gypsies he replied ‘ok that’s a bit different then’. Very revealing.

Marks-Woldman has urged Carr to "show empathy for Holocaust victims" while also requesting he "extend his own learning."