Three lengthy years have passed since the most uncomfortable moment in Come Dine With Me history took place.

Please take a moment out of your day to revisit the magic:

I just realised it's the 1 yr anniversary of the greatest Come Dine With Me moment of all time - if you've never seen it, watch it now pic.twitter.com/j99nAgyCNV

Truly, this piece of television magic has everything. It feels like a parody, but somehow, it is very real. Perhaps too real for many.

END_OF_DOCUMENT_TOKEN_TO_BE_REPLACED

As is only right, we must now break down this fresh piece of content (three years is a very short time on the internet) in a bid to better understand what makes it so unbearably excruciating.

With the determination of us all, this should formally be regarded as an A-level subject all on its own by sundown.

Act I, Scene I - Naïve Anticipation 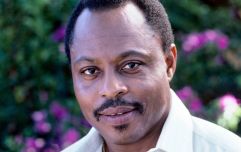 END_OF_DOCUMENT_TOKEN_TO_BE_REPLACED

Eagerly awaiting their fate, the CDWM contestants have all squashed together on Peter's tiny red couch, perfectly facing the camera. They don't know what lies ahead. Sure, they've had a reasonably uncomfortable week in each others' company, eaten some truly rank food and slated the various hosts' efforts behind their backs during the daily on-camera debrief, but that's all behind them now. There's £1,000 at stake and it's all to play for. The grievances of the past are of the past. None of these innocent CDWM contestants know what's about to happen once the fateful slip of paper is unfolded.

Peter begins proceedings with a rather skeptical sounding "In fourth place..." then finishes it with a quizzical "...is me?". His voice pitches higher as he says 'me', in a bid to highlight his disbelief. At this point, Peter is baffled. He clearly felt that he was deserving of a first place finish, or at least higher than last, clearly indicated by his shirt having three buttons opened, like a groom wearing his tie around his head at a post-wedding party. Peter has a choice to make here. Does he carry on with his dignity intact, or does he go nuclear with rage.

Still deciding how to play it, Peter simply stands perfectly still and allows the heavy silence to do the talking. He's a kettle that's milliseconds away from boiling point. He rereads the piece of paper, ensuring that his eyes aren't deceiving them. Then Peter stares directly at Jane for longer than is socially acceptable. He looks through her, deep into her soul, searching for answers that nobody can provide. This is the moment where he decides how to play it. In this tiny blip of time in the entirety of his life, Peter makes a choice. For better or worse, he must now see it through.

Having been stared out of it by James for what feels like several eternities, Jane breaks the silence. She stutters "I... I don't know why you're shaking your head at me". It's brave, she's poking the beast in a tentative way, but also defending herself at the same time. Jane isn't going to be made feel uncomfortable in the home of a guy like Peter. Not when he's finishing fourth out of a possible four place finish in a competition that involves entertaining your house guests. This is a brave move from Jane. The other two opt to sit idly by, offering up no consolation or applause. They are background noise.

Rather than sticking to the CDWM format we've all grown to love, Peter loses sight of things. He neglects to announce the third, second and first place finishers, provoked and distracted by Jane's remarks. Peter says "You won, Jane. Enjoy the money, I hope it makes you very happy", to which she replies "Oh my God" twice. Peter has not only opted to go nuclear on the situation, Jane included, he's also thrown the script clean out the window. This is no longer a CDWM segment. He took that away from them. This is now a scene fresh out of EastEnders or Hollyoaks Later. Anything can and will happen.

Having already made his feelings on the matter quite clear, Peter decides to further make his frustration known. He launches into a dramatic soliloquy which I personally plan to use for any and all upcoming auditions for TV and movie roles. "Dear Lord, what a sad little life, Jane", the camera cuts to Jane and her support group of two. They're paralysed with cringe, eyes wide in amazement that this man is willingly letting himself down like this in front of a TV camera. Jane bows her head, possibly to conceal her laughter. A silence falls over the room once more. Perhaps the outburst has ended.

Peter continues "You ruined my night, completely, so you could have the money, but I hope now you spend it on getting some lessons in grace and decorum because you have all the grace of a reversing dump truck without any tyres on". That image that Peter has conjured up is the most poetic thing to ever emerge from CDWM. A reversing dump truck is very abrupt and intrusive, it's hard not to notice it. Add to that, the absence of its tyres and what you've got is a logistical nightmare. It simply wouldn't reverse, it would just sit there, noisy yet idle, devoid of both grace and decorum. Peter has done far worse than call Jane a cheat. He has insulted her entire being.

When Peter finally finishes ruining his chances of ever being taken seriously in any workplace environment again, Jane erupts into laughter. The blonde girl, Charlotte, states "I don't get it", again provoking the beast. Rather than allowing her admission of ignorance to sit ignorantly proud in the air, Peter pounces again. "Well you wouldn't, let's be honest, there's nobody in there, love" and Jane continues to laugh, partially at Peter, but also slightly in support of his incredibly solid burn on Charlotte. He's firing on all cylinders and it has to be commended. Adam, on the other hand, looks like he's sat round his mate's house waiting for him to stop loudly arguing with his Mum in the next room.

After delivering that absolute belter of a line, Peter has the gall to serve us up a cheeky look to the camera. He's begging the viewers for reassurance. He's saying 'Look at these morons, look at what I have had to degrade myself for. This is £1,000 on the line and I am losing to a group of degenerates. Fuck Britain, I hope Brexit passes. A nation of c-words. Fuck you all'. Frankly, this is the mark of a true villain, not only to have the cojones to rattle off these hurtful insults to his peers as if they were pre-prepared, but then to invite the viewer to join in. This is art. M. Night Shyamalan could never.

"...So Jane, take your money and get off my property", Peter says. A weighty silence again befalls the living-come-dining-room. Nobody can look at Peter. His posture is so aggressive, it's currently being reviewed by New Scotland Yard to see if it qualifies for an ASBO. It's so quiet, you can hear the fibres in Jane's clothes rubbing off each other as she lifts her head. Everyone is breathing in perfect unison, taking tiny, shallow breaths so as not to draw attention to themselves. It's like the teacher is going around the classroom asking tough general knowledge questions and the students are furiously avoiding eye contact to prevent being targeted. This is fear in its most raw and vulnerable state. This is why reality television was invented.

Jane again tries to dispel the tension, this time beginning with "So...eh..." at which point Charlotte boldly interrupts with "Well done Jane", while Adam continues to look around the room for a nearby grown-up's attention. Jane thanks Charlotte for her well-wishes and they embrace, leaving Peter and Adam to stew in their shared discomfort. The voiceover announces that Charlotte and Adam came joint second, meaning that on a technicality, Peter actually came third out of four. He's still dead last, but it doesn't sound as bad that way.

We must now ask ourselves what happened after this exchange, once the cameras stopped rolling. Personally, I feel that Jane did get off Peter's property, as did Charlotte and Adam. Adam would've shaken Peter's hand on his way out, and said "No hard feelings" or something equally wimpy, then joined the girls. All three would've shared a taxi to the nearest pub (Jane paid with her prize money) and they bonded over a small glass of lager each. Meanwhile, Peter would've contacted Channel 4 to ensure that the edit wouldn't make him look too bad. Several weeks later, the show aired and he got angry all over again. His fists clenched in fury as he saw how poor his shirt choice was, clashing with his living room wallpaper. He lost far more than £1,000 that day. He lost his dignity.