Ryan Gosling and Margot Robbie to star in Barbie movie

Who isn't a Barbie girl?

Ryan Gosling is said to appear alongside The Suicide Squad's Margot Robbie as Ken in an upcoming film about Mattel's iconic doll Barbie.

END_OF_DOCUMENT_TOKEN_TO_BE_REPLACED

Margot Robbie's Barbie movie is said to have found its Ken in the form of Hollywood heartthrob Ryan Gosling, reports Deadline.

Sources have told the website that final negotiations are underway between Gosling, 40, and Warner Bros' for a movie centred around the classic blonde haired doll.

END_OF_DOCUMENT_TOKEN_TO_BE_REPLACED

Margot Robbie, 31, will play the titular character, which, let's face it, is a role she was destined to play. Actress and director Greta Gerwig will be directing the movie, which she co-wrote with Noah Baumbach.

As you might imagine, Gosling is a highly sought-after actor, so he initially passed on the opportunity. But insiders have told Deadline that the studio was still set on The Notebook actor as Ken throughout pre-production. When an opening in his schedule appeared, Gosling reportedly signed on to the flick.

The film is so close to being greenlit, and insiders say it will begin shooting at the start of 2022.

Though exact plots and themes are yet to be revealed, Gerwig's history would suggest that this isn't a simple live-action remake of the childhood classic. 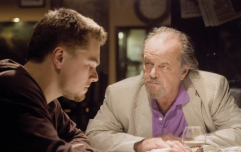 END_OF_DOCUMENT_TOKEN_TO_BE_REPLACED

Fans have begun reacting to the news on Twitter, with one user replying, "Gosling isn't hot enough to play Ken.."

Others have alternative picks for Barbies boyfriend, with Marvel's Chris Evans being the most prominent choice on social media.

"Look me in the eye and tell me he isn't the embodiment of ken," writes one person alongside an image of Evans.

look me in the eye and tell me he isn’t the embodiment of ken 😤 pic.twitter.com/x1xDpjrwKJ

Another user wrote: "All these ppl saying others would have been a better choice I beg to differ the gos (that should be his nickname IMO) is perfect for the role & hasn't been in anything in a while! I miss seeing his face & abs in new movies."