Happy I'm A Celeb press photo day to you and yours!

Today is content Christmas as the I'm A Celeb 2019 contestants have officially been announced, along with some accompanying imagery to promote the show.

As with any reality television programme, we have the power within us to fast-forward proceedings and prematurely crown our winner. All it takes is a set of promotional photographs and a frightening amount of imagination.

Fair enough, I got it dead wrong last year, but I've bounced back, refined my skills and feel more confident than ever before. This is my year.

The show returns this Sunday, 17th November, but why wait until then to cast your predictions?

Behold our winner, in reverse chronological order, of I'm A Celeb 2019 (probably). 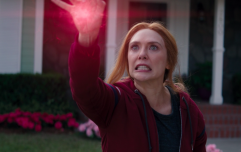 END_OF_DOCUMENT_TOKEN_TO_BE_REPLACED

Myles isn't going to win I'm A Celeb with a stance like that. That's the body language of a holiday rep who's just taken you on a boozy catamaran for eight hours and is fishing for both praise and pocket change on the way home. "Well then, was it as good as we expected, folks?" he asks the sunstroked holidaymakers as you all pile into a minibus, eyes still adjusting from turbo bright to just regular bright conditions. "I heard some of you even saw a dolphin?", he jests, winking at his colleague who is paid €3 an hour to dress like a dolphin and swim around the catamaran at least once during every journey for comic effect. "Don't forget to give us a review on the website guys, it really helps with the business", he says as you arrive back to the hotel four people shy of the original headcount. "See you tomorrow for the holiday rep karaoke night! I've been practicing my Macarena".

Andrew can't possibly win I'm A Celeb, not while he's in the outback looking like a relatable cowboy featured on a bus stop advert for car insurance. "Don't let the cowboys win. Call us for a no-obligation quote NOW", the sign reads. It's part of a larger aggressive marketing campaign whereby we see this cheeky cowboy in a number of light-hearted predicaments such as trying to charge people money putting for putting air into their tyres and giving penalty points for people he deems to be driving "like a virgin". However, the truth will out in the end as it becomes public knowledge that the cowboy, is indeed himself a virgin. It will descend into a PR nightmare as the car insurance company is forced to address the allegations that a fictional character in their current advertising campaign has never made love. Spoiler: He hasn't. 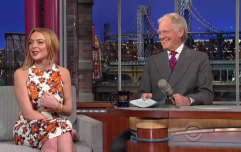 END_OF_DOCUMENT_TOKEN_TO_BE_REPLACED

Adele won't win I'm A Celeb because she is very clearly a young student whose teacher has just forced her to recite an original poem because there's an inspector doing the rounds and this is a guaranteed win. Miss Rodgers knew that Adele would have something ready to go, but the fake humility really benefits everyone involved. Unfortunately, on this particular occasion, Adele has left her special poem notebook (entitled 'MY POEMS - KEEP OUT - I MEAN IT') at home. So she scrambles through a nearby poetry book and reads out 'Daffodils' by William Wordsworth. The inspector, luckily for Adele, is a complete fucking moron. He jots down "Very boring. Poetry is not this girl's strength" in his Filofax, then goes back to fantasising about what soup and sandwich combination he will be ordering for his subsidised lunch.

This is not a portrait of the winner of I'm A Celeb 2019, this is your Mum interacting with your friends right after she's screamed at you in the next room for always having the place looking so dirty when there's people coming over. "Sorry about that, anyway, have you lot eaten?", she asks, still out of breath and with a very gentle bead of sweat forming at the temple. Her smile is audible as the tightness of her cheeks squishes any remaining saliva against her teeth. Mum believes herself to be a subtle psychopath, but her voice keeps going up an octave with every word. "Sarah, haven't seen you in a while, how's your sister getting on at uni?". Sarah smiles, but Mum's eyes are in a fixed gaze. "Will we go?", Nick breaks the tension with. You're pulled aside as everyone leaves. "Don't come home", Mum says, with a tone that suggests "Obviously you're fucking coming home but I'm sick of your shit and I'm telling Dad". 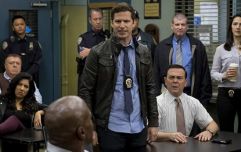 QUIZ: Match the Brooklyn Nine-Nine quote to the character

END_OF_DOCUMENT_TOKEN_TO_BE_REPLACED

This is not a winner's pose, this is how your Dad looks in every photograph taken of him beside a motorbike that he instructs anyone in his environs to move out of the way for. He doesn't even ride motorbikes, he just thinks they're cool and therefore likes to remember all the ones he's seen, specifically on holidays. There could be a sick bike outside Asda but he's not going to lower himself to getting in a photograph in such a common area. This trend is reserved solely for exotic places such as Waitrose and at a push, M&S. He always does the same pose and captions it "Another one of my bikes", sending it into the family WhatsApp group just to feel something. "This is why mum left", you reply, like a savage. "She's not your mum", he replies, also like a savage. "Stop this", mum replies, rightfully sick of the both of you.

Caitlyn's demeanour is that of a savvy shopper who's just saved £7 on her weekly groceries thanks to some extreme coupon action. She's got a blog that gives away such earth-shattering advice as "Compare prices elsewhere" and "Don't be afraid to bulk buy". Her readership of 17 people per calendar month can't get enough of such insightful wisdom that's on offer. She's got no qualms with requesting a supervisor's input while the supermarket is heaving on 23rd December, refusing to back down when there's a 50p saving at stake. "It all adds up", she says, smugly, as the cashier purposely puts a sack of potatoes atop a carton of eggs. Despite being stinking rich, this is a woman who's hellbent on beating the system, all in the name of a few Instagram likes and a slightly higher Google search result ranking.

This is the expression of a candidate on The Apprentice who's fully confident that her business idea (AirPods for dogs) is going to make billions for both herself and Lord Sugar. Jacqueline will get eliminated from the process during the second week after calling one of her fellow candidates the c-word. Claude will describe her as "The most cut-throat person I've ever met, and my best friend is a throat surgeon". Lord Sugar will tweet "Good riddance to that fruit loop", which will be quote tweeted by the cereal brand Fruit Loops with the comment "WTF?" and a sad face. Side note: Why have so many I'm A Celeb contestants opted for the 'knee on a log' pose this year? Are they trying to tell us something? Perhaps that we should LOG off and stop analysing meaningless images? Nah.

Ian Wright can't win I'm A Celeb! Not when he's out here looking like a competition winner who's just got their phone bill paid for a year (12 calendar months). "Wow, I didn't think this ever happen to me when I woke up this morning. I just nipped out for a coffee and a quick look around the shops, saw there was a competition running so stuck my name in the draw, then completely forgot about it to be honest. Look at me now. Tens of pounds richer!", he tells the copywriter who's scrambling to dictate the necessary information for the company website. "Honestly, this means so much to me. I pay a lot for my phone bills because I'm always ringing psychics and shopping channels", Ian says, with a very subtle tear forming in his left eye. "I'm made up. Thank you for changing my life". Due to a clerical error, he will never be reimbursed with the prize money.

This isn't a promo photo for I'm A Celeb, it's a print ad for sustainable hair conditioner. 'You work hard, you play hard. But now? You need to relax hard. Enter: Jungle Conditioner - the only haircare product specially formulated to cater for your hair's specific needs. Got wavy hair? Straight hair? The kind of hair that nobody really knows if it's a wig or not? Perfect. We've got just the right product for you. Simply wash your hair, then apply the £85 conditioner liberally and let it do the rest'. "Wow, your hair looks nice", strangers will say as you pass them in the street. "I was going to murder a bunch of people today, but your hair has distracted me and now I probably won't", they'll proclaim. Jungle Conditioner - the missing piece in your otherwise very shitty life. Use discount code NAD1N3 for 2% off.

Finally, here we have it. A winning photograph. Roman Kemp is going to win I'm A Celeb 2019 because he's already provided us with the perfect meme in the form of the much beloved Condescending Wonka.

It shows brand awareness, a desire to be well-received online and above all else, an insatiable appetite for banter. Everyone else opted for a standard I'm A Celeb pose, involving a log of wood or conveniently-positioned rock, but Roman has done all three AND added a hat tip to a meme that dates back further than he's been alive (2011).

Congratulations on your win, Roman Kemp. Your name may sound like a serif font, but your inevitable victory is imminent. Go forth and be a celebrity, champ!