People have been sharing their unpopular opinions on Twitter this week and inevitably, quite a bit of savagery has ensued.

On the subject of food, people went off and, to be honest, really let themselves down.

Relationships? You better believe there some harsh truths being delivered over on Twitter.com.

Friendships are also being served a rude awakening as people indirectly tweeted their friends that have been wronging them.


Even something as seemingly inoffensive as music touched a sore spot for many people. 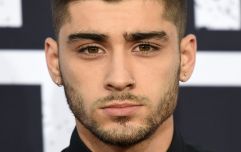 END_OF_DOCUMENT_TOKEN_TO_BE_REPLACED

To bring a bit of sanctity back into proceedings, we decided to tackle Disney. Fun, educational, entertaining and wholesome Disney. We asked our followers for their unpopular Disney opinions and frankly, the results were more passionate than we ever could've expected.

In summary, people feel incredibly passionate about Disney movies and also there's no such thing as an unpopular opinion.


popular
The Boys' showrunner says the Marvel films are 'dangerous' to society
FootballJOE’s Badge Quiz – #5
QUIZ: Can you identify these capital cities on a map?
Bruno Fernandes caught by surprise at being named Man Utd captain
The definitive ranking of drunk takeaways
A definitive ranking of every swear word from worst to best
Sunday league player scores ridiculous no-look corner