Audience numbers for award ceremonies this year have plummeted, as a result of the viewers feeling more detached from films and cinema due to the coronavirus pandemic. 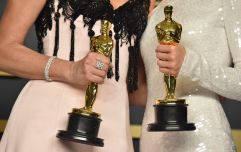 END_OF_DOCUMENT_TOKEN_TO_BE_REPLACED

Not only has filming been put on hold, but cinemas across the world have closed their doors to eager audiences.

While the Oscars may look a little different this year, the award ceremony is still going ahead. The ceremony will take place across two venues in Los Angeles, namely the Dolby Theatre and Union Station.

The ceremony is set to start at 1:00 BST on Monday morning if you want to catch a glimpse of the show.

Despite taking place two months later than planned due to the pandemic, Oscar officials have requested that nominees attend one of the locations around the world in person, which were designed for this year's Academy Awards.

Worldwide locations will include Los Angeles, London and Paris. British nominees, including the likes of Olivia Colman and Daniel Kaluuya, will appear via live stream from the BFI Southbank in London. 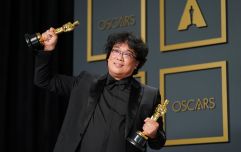 END_OF_DOCUMENT_TOKEN_TO_BE_REPLACED

In a letter addressed to nominees, the producers of the show said they had gone to "great lengths to provide a safe and enjoyable evening for all of you in person," as reported by the BBC.

Unlike the BAFTAS, which took place earlier this month, producers  for the Oscars have discouraged nominees to appear virtually so they can put on what they refer to as "an intimate, in-person event."

The awards will be broadcast on Sky Cinema's designated Oscars channel, and streamed on the service Now.

Chadwick Boseman, who sadly died in August last year, has been nominated posthumously for the best actor in Ma Rainey's Black Bottom.

A full list of Oscar nominees can be found here.

popular
Horrifying footage shows cop fatally shoot man in wheelchair 9 times
Patrice Evra slams Jamie Carragher for criticising Cristiano Ronaldo
Arthur Labinjo-Hughes: Dad and partner found guilty of killing boy who was tortured and starved
Machine Gun Kelly stabbed himself in front of Megan Fox to look cool
Arsenal score bizarre goal against Man Utd with David de Gea down injured
Prince Andrew 'flew with sex slave' who was 'frozen with fear', court told
Frank Lampard admits he 'felt terrible' over comments he made about Paul Pogba
You may also like
Entertainment
The Oscars ceremony will not have a celebrity host this year
Entertainment
Kevin Hart steps down as host of the Oscars
Film
The Oscars announce they are going to make some massive changes to the ceremony
Entertainment
President of the Academy Awards reportedly under investigation for sexual harassment
Entertainment
Emma Watson has a blunt response to criticism of her 'Time's Up' tattoo
Next Page