He also shares his thoughts on who should play Bond next...

Bond actor Ben Whishaw, who has played Q since 2012's Skyfall, has said that he wants a gay actor to play James Bond in future instalments of the hit franchise.

END_OF_DOCUMENT_TOKEN_TO_BE_REPLACED

Whishaw has become a frequent face in recent Bond movies, taking on the role of Quartermaster, which is typically shortened to just Q.  Ahead of No Time to Die's UK premier on September 28, Whishaw spoke to Attitude about his hopes and dreams for the next Bond instalment.

"I mean, it would be quite an extraordinary thing. Of course, I would like to see that," he told Attitude's Will Stroude in relation to a gay Bond.

"I think that would be real progress. But we'll see; we'll just see where we're at," the openly-gay actor said.

Read our No Time to Die review here.

James Bond has always been notoriously heterosexual, that is besides that one line in Skyfall when Craig asks, "what makes you think this is my first time?" as Javier Bardem's Raoul Silva is groping him. 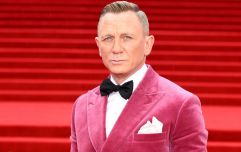 Why Daniel Craig shouldn't be going to gay bars

END_OF_DOCUMENT_TOKEN_TO_BE_REPLACED

But besides that small snippet, Bond has typically been portrayed as an out-right womaniser, whose only motivations seem to be Queen and country, Martinis, Aston Martins and of course, his gaggle of eye candy.

"I'm amazed by how much has changed in the last five or six years, so we'll see," Whishaw continued. Bond has made progress in recent years; that much is undeniable.

END_OF_DOCUMENT_TOKEN_TO_BE_REPLACED

When probed for his choice of actors, Whishaw put forward a few names that seemed to meet the criteria.

His first choice was Luke Evans, who is both British and gay. Evans fits the mould of Bond pretty well, hence why he was on our list for future Bond actors.

The next actor is Bridgeton's Jonathan Bailey, who is a little younger than most other prospects but nevertheless a valid choice.

Bond may look good in a black tux but he would undoubtedly look even better while representing gay communities.