If you've spent any time on social media of late, and we'll wager you have, you've probably seen the hashtag #StopFundingHate.

It is part of a campaign to change the mainstream media, consisting of calls for brands to end their association with the Sun, Daily Mail and Daily Express amid 'divisive hate campaigns' for which the publications have attracted criticism. 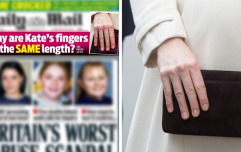 END_OF_DOCUMENT_TOKEN_TO_BE_REPLACED

The campaign has built up a real head of steam, with a Facebook post from a man named Bob Jones going viral this week.

Jones, who has a six-year old son who loves LEGO products, expressed his concern that he was forced to give money to the Daily Mail for free products for his child.

He questioned how the relationship with the paper sat with the toy company's inclusive message, adding 'It genuinely bothers me, that a great progressive company like yours supports this "news" paper, helping increase its circulation.' END_OF_DOCUMENT_TOKEN_TO_BE_REPLACED

And it seems LEGO have listened to his concerns (or the timing's just a huge coincidence), confirming that they have ended their agreement with the paper.

Not only that, but the company has announced that it has no plans to embark on any similar promotions or giveaways in the future. 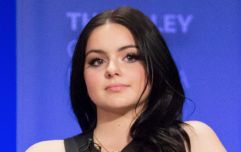 END_OF_DOCUMENT_TOKEN_TO_BE_REPLACED

It might just be one company, but it's a big one and it's a big step to take.

LEGO's statement follows a series of increasingly controversial stories and front pages from the paper, and has earned the company plenty of messages of support.

Indeed, with Christmas just around the corner, plenty have pledged to add a certain product to their shopping list.

Well done Lego! You're the fastest and first to do the right thing.

This is wonderful, thank you Lego! A great example for others to follow. 👍

amazing. Will make sure there are lots of Lego presents for relatives this Christmas.

Just ordered some Lego for Christmas.