Movies that are so violent that they cause a physical reaction in the audience go down into legend. A screening of the brilliant French cannibal movie Raw at the 2016 Toronto ended in paramedics being called to the cinema. Viewers reportedly fainted at a 2102 showing of found footage horror V/H/S, and back in the 1970s there were stories of vomiting, nausea and even heart attacks when The Exorcist was first released. 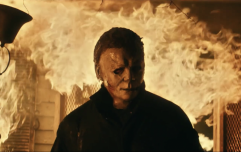 END_OF_DOCUMENT_TOKEN_TO_BE_REPLACED

Now there is a new film to add to that list: The House The Jack Built.

It comes from director Lars Von Trier, who is no newcomer to controversy. His 2009 horror film Antichrist featured extreme violent sexual behaviour and sadomasochism, and 2013’s two-part Nymphomaniac was a rare mainstream film featuring unstimulated sex.

While promoting Meloncholia, Von Trier was thrown out of the 2011 Cannes Film Festival after comparting himself to a Nazi at a press conference. He returned to the festival for the first time since then this year, with his new film The House That Jack Built, starring Uma Thurman and Matt Dillon. It is supposedly a comedy, about a serial killer who mutilates and strangles his victims - Dillon plays the titular killer Jack, and Thurman is one of his victims. It did not go down well.

More than 100 people walked out of the film during the premiere at Cannes, presumably because of the violence.

Walked out on LarsvonTrier . Vile movie. Should not have been made. Actors culpable

I’ve never seen anything like this at a film festival. More than 100 people have walked out of Lars von Trier’s ‘The House That Jack Built,’ which depicts the mutilation of women and children. “It’s disgusting,” one woman said on her way out. #Cannes2018 pic.twitter.com/GsBGCoyHEG 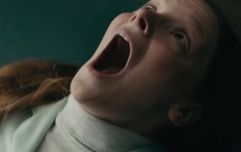 END_OF_DOCUMENT_TOKEN_TO_BE_REPLACED

Critics haven’t been kind to the two and an half hour ultraviolent epic, either. The Playlist called it “irredeemably unpleasant” and that Von Trier is just “trolling us”, and gave the film an ‘F’.

Von Trier defended the film, saying: “I made quite a lot of films about women, so now I made one about a really evil bastard. And the funny thing is that you actually are with him the whole way.”

popular
New Zealand to ban young people from ever buying cigarettes
Boris Johnson's wife Carrie gives birth to second child
Ant & Dec make another dig at Boris Johnson and No 10 party cover-up
ITV News' intro to Downing Street Christmas party clip is absolutely brutal
Identical twins trying to get pregnant at same time with shared fiance
Emotional Robbie Savage introduces son Charlie's Man Utd debut while on commentary duty
Met police to review leaked video of Downing Street aides joking about Christmas party
You may also like
Quiz
QUIZ: Can you guess the horror movie from just a single image?
Entertainment
We added horror movie icons to the White House Christmas photos and they fit perfectly
Entertainment
Terrifying trailer for upcoming horror Escape Room promises to be the next Saw
Entertainment
The trailer for The Purge prequel is here, and the streets will run red with blood...again
Entertainment
You can now get paid £1000 to watch Christmas films and eat snacks
Next Page