On Saturday night, YouTubers KSI and Logan Paul finally had their long-awaited boxing match at the Manchester Arena.

END_OF_DOCUMENT_TOKEN_TO_BE_REPLACED

While most people over 25 might have rolled their eyes at it, the fight was a big deal. 18,000 filled the arena, with another 860,000 paying to watch on YouTube.

And with that many eyeballs on the fight, it brought in a ton of money. No official figures have been released, but it is believed that the takings were in the region of £150 million ($192m), with both fighters splitting the takings 50/50.

And it could have been even more. A reported million or so extra people streamed the fight without paying, mostly on Twitch. People who actually paid to watch it legally on YouTube forked out $10 each, so that could definitely be seen as a lot of lost revenue.

No decisive winner was declared in the six-round fight, which ended in a majority draw. KSI was given a 58-57 win by one judge; the other two scoring it as a 57-57 draw.

END_OF_DOCUMENT_TOKEN_TO_BE_REPLACED

Logan Paul, best known on these shores for the controversy over his Suicide Forest video earlier this year, had the better of the first two rounds of the fight, the American landing a number of jabs and body shots on KSI.

KSI appeared to dominate from thereon, particularly in the final round where he seemed to connect with a number of his punches.

Inevitably, this result will almost certainly lead to a rematch. In fact, it was already being talked up by KSI within seconds of the result being confirmed

"I guess we have to have a rematch," he said. 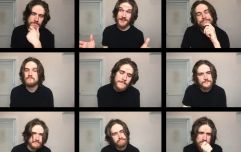 END_OF_DOCUMENT_TOKEN_TO_BE_REPLACED

KSI had previously stepped into the ring in February, where he defeated fellow British YouTuber Joe Wells, at the Copper Box Arena in London's Olympic Park.