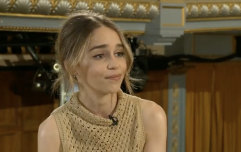 END_OF_DOCUMENT_TOKEN_TO_BE_REPLACED

The Kanye West-Pete Davidson Feud is one that hasn't really been voiced all that publicly — well, bar that one line where he said he'd "beat Pete Davidson's ass" — but it's one that pretty much everyone seems to accept is bubbling under the surface.

For those still unaware, the 28-year-old comedian had long been rumoured to be dating Kanye's ex-wife Kim Kardashian and while this looks to have been the case for some time, Kanye now seems to have started a rumour of his own.

How Many People Kanye ALLEGEDLY Has Told Pete Davidson Has AIDS in the Hopes the Message Gets to Kim Kardashian and She Breaks Up With Him (Vids-IG-Pics) https://t.co/YqRrVx1PzY via @samuelenoku pic.twitter.com/IvrvQu39dx

END_OF_DOCUMENT_TOKEN_TO_BE_REPLACED

After TMZ initially broke the story, sources close to Davidson are now thought to have confirmed what DJ Akademiks claimed on social media earlier this week.

Speaking on his Twitch stream, Akademiks said that "Kanye's been telling everybody within earshot" that Davidson has AIDS, claiming he had heard this rumour himself from as many as eight different people. You can see the clip below: 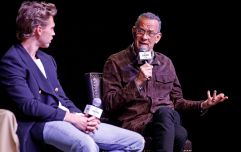 END_OF_DOCUMENT_TOKEN_TO_BE_REPLACED

Naturally, both parties are denying this claim, with people close to the 44-year-old rapper labelling the rumour as pure "nonsense". Meanwhile, Davidson and those close to him are reportedly "disturbed" that he would even allege such a serious health issue in what appears to be an attempt to lash out.

Despite some closure evidently still needed between Kanye and Kim, Ye has been frequently pictured with his new partner Julia Fox, the 31-year-old actress who many may recognise from A24's Uncut Gems.

Kanye was recently interviewed by Hollywood Unlocked's Jason Lee, in which he discussed everything from the infamous MAGA hat on Saturday Night Live, to how his public image differs from Kim's and how he feels he has been "disrespected" by some of her behaviour since getting together with Davidson.

popular
Man United will 'terminate' Cristiano Ronaldo's contract if his attitude doesn't improve
Landlord faces £40k fine after tenant puts swimming pool on roof of flats
Comedian cancelled after ‘getting his penis out on stage’ during Edinburgh Fringe Festival
Jeremy Kyle's security guard Big Steve is now on Drag Race
Antonio Conte and Thomas Tuchel sent off as Chelsea and Spurs draw
The reason why Nottingham Forest don't have a sponsor on their shirt
Tyrone Mings hits back at Graeme Souness for 'weird' article
You may also like
Life
Woman claims God gave her an STI and calls it a 'blessing'
News
Iconic Pork Pie Roundabout could be renamed to get people to eat vegetarian diet
News
Woman almost died during sex when orgasm popped aorta
Fitness & Health
Just five alcoholic drinks a week ages you and can 'damage' your DNA
Life
Follically challenged, rejoice - scientists have discovered a potential cure for baldness
Next Page