Is Virtual Reality just a fad like Nintendo Wii and 3D movies?

What do you do when you can do anything?

That's the promise of virtual reality. The reality of virtual reality, however, is yet to be determined. The concept of VR has been around as early as the 1930s, with references to virtual reality systems appearing in science fiction stories. Experimental VR devices started appearing from the '50s onwards, but it's only now that we're able to have the technology in our own homes at an 'affordable' price.

END_OF_DOCUMENT_TOKEN_TO_BE_REPLACED

Major players in the VR game are emerging, with Occulus Rift perhaps the best known of the pack, but only one of the major gaming brands has invested in the next step forward/jumped on the bandwagon (come back in 10 years and delete as appropriate).

PlayStation VR is the cheapest virtual reality home experience currently available, but it's still not cheap. At the time of writing, the headset costs £349.99, with the required PS4 camera costing an extra £39.99 and the optional PlayStation Move motion controllers costing £69.99. Chuck in a copy of PlayStation VR Worlds for £23.99 and you're looking at £483.96 for the complete VR experience. 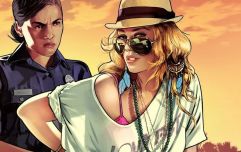 END_OF_DOCUMENT_TOKEN_TO_BE_REPLACED

To put that in context, the Occulus Rift headset costs £549.00, so if you've already got a PlayStation 4 and are dead-set on getting into virtual reality, the PlayStation VR headset is definitely your best bet. If you don't have a PlayStation 4, you're looking at an additional £250 on top of the £483.96 for the VR gear.

But let's forget about the large amounts of money for a moment and talk about whether PlayStation VR is any good. As the most affordable and generally accessible entry into the world of home virtual reality, PlayStation VR is undeniably good. It's not without drawbacks, but for what it is, it is very good. 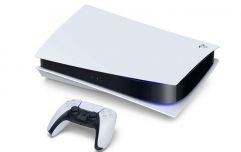 END_OF_DOCUMENT_TOKEN_TO_BE_REPLACED

The experience of being in VR is difficult to explain; it's a bit like trying to describe what being alive is like. It's easier to describe the 'realities' you can go into and how they make you feel. We had a number of games and experiences to try out, some of which were better than others.

PlayStation VR Worlds, the game we mentioned earlier, is a good place to start. It's a bit like the Wii Sports of PS VR, offering a number of different VR experiences on one disc, each showing off the motion and immersion capabilities of the headset.

A street luge game sees you flying downhill on your back, dodging traffic and launching over jumps. The fear of crashing into the oncoming cars and trucks is real, as is the thrill of avoiding them.

As you fly through the air, you feel your stomach lurch as gravity pulls you back to earth. It's not quite an adrenaline rush, but it certainly gets the heartbeat up a few notches. You know it's not real, but your mind and body goes with it nonetheless.

An underwater ocean exploration experience sees you slowly lowered through a coral reef, looking around at all the sealife swimming past your head. As you begin to descend, you feel as though you're moving down through the water, and when the sharks approach, you feel the hairs on the back of your neck stand up.

The London Heist is the centrepiece of PlayStation VR Worlds, a rail shooter set during an East End diamond robbery that uses the PlayStation Move controllers to enable you to point and shoot with surprising accuracy. This is one of the areas where VR feels like it has the most promise and potential to expand.

Ultimately PlayStation VR Worlds is a glorified demo disc without much replay value, but it gives you a taste of what's possible. Games like EVE: Valkyrie, a space dogfighting game, promise to take players deeper into virtual worlds and immersive experiences. The PS VR graphics are good, but with the incredible amount of processing power required, it will be a while before they're clsoe to realistic.

So overall, the PlayStation VR experience is a very positive one, but does it have any longevity? Is this something people are going to stick with or will they simply tire of it? When you first put on the headset, it's hard not to be reminded of two of the biggest entertainment innovations (and eventual gimmicks) of recent years: 3D movies and the Nintendo Wii.

Like 3D movies, you have to wear a thing on your face, but while it's just about possible to deal with plastic glasses for a two hour film, it doesn't take long before the headset starts to get bothersome. Like the Wii, you have to be an active participant in VR to get the most of it, and if you can't be bothered to strap on a headset and look around, VR probably isn't going to be the way you relax after work.

However, the key difference between VR and other faddish mediums like 3D and the Wii is the potential outside of entertainment. The practical applications of virtual reality are huge. For example, if you're interested in buying a property abroad, you could hop into a virtual recreation of the place and have a look around before you decide if it's worth checking out IRL.

Earlier this year, a virtual reality therapy designed to help treat depression was trialled with some promising results. It's still early days, but acts as a proof of concept that virtual reality could have some medical applications. The Wii had a stab at marketing itself as a fitness tool, but it couldn't offer anything you couldn't get in a gym. VR offers opportunities that aren't even humanly possible.

Every tech innovation's success is determined by the consumers: if people really want VR in their lives, and are prepared to pay for it, the technology will be refined until it gets to where customers need it to be. Looking back at the early mobiles, we wonder how we managed to put up with those massive bricks. Now we're on our seventh iPhone, shorn of the 3.5mm jack, heralding a new and annoying era in connectivity.

But the success of VR is not simply down to the will of the public, it's down to industries outside of entertainment to exploit the opportunities that VR presents. Entertainment is fickle, but a practical application is undeniable. What VR represents is more than a platform, it's transportation. It's the ability to take you somewhere completely different in an instant, to put you in situations that otherwise wouldn't be possible.

So whether virtual reality turns out to be a fad or not really depends on one thing: our ability to rise to the challenge of infinity.

All prices quoted from Amazon.co.uk

popular
Bartender sends boss brutal three-word response after 3am text
NHS doctor facing deportation because 'she can't speak English'
Woman starts driving over Insulate Britain protestor in furious standoff
18 months on, Liverpool vs Atletico Madrid from the fans who were at Anfield that night
Outcry after woman sentenced to four years for miscarriage of 17-week-old foetus
News host was having absolutely none of Nigel Farage's claims on Monday night
Newcastle sponsorship deals to be blocked after Premier League clubs hold emergency meeting vote
You may also like
Sport
FIFA 22 unveils biggest Career Mode update in years with Create A Club
Tech
Stakester lets you play FIFA for real money and prizes against your mates
Gaming
The first trailer for the new Aliens video game has arrived
News
Pigs can play video games using their snouts, according to new study
Gaming
QUIZ: How well do you remember video games in 2020?
Next Page