Vince Vaughn is very tall. Normally when you see movie stars in real life, they’re smaller and less impressive than you'd think. But Vince Vaughn is not. Even slumped in a press tour hotel room chair, he is clearly A Big Lad. And his latest film takes full advantage of that.

END_OF_DOCUMENT_TOKEN_TO_BE_REPLACED

We know Vince Vaughn as the loveable slacker from Old School and Wedding Crashers and all those ‘Frat Pack’ comedies from the mid-00s. He was usually the down-trodden, smooth-talking straight man to an overacting Ben Stiller or Will Ferrell, and a guy who’s presence would make any film about 15% percent more agreeable.

His latest starring role is, well, somewhat of a departure. Brawl in Cell Block 99 is violent. Very violent. In fact, it’ll probably be the most violent film you will see this year. Vaughn plays Bradley Thomas, an average working joe who starts running drugs after he loses his job. Then ends up in prison. And then his pregnant wife is kidnapped by a Mexican cartel, and he’s informed that his unborn baby will dissected if he doesn’t kill a certain prisoner. Only thing is, this guy he has to kill isn’t in the same medium security facility that Thomas where is currently incarcerated. He’s in a brutal hellhole that Thomas has to force his way into before he can get to him. A prison full of violence, piss, shit and blood. It’s a slow-burn, scary and disturbing movie, which just when you think it can’t get any bleaker, it spirals into another circle of hell. Dodgeball it is not.

This is Vince Vaughn as you have never seen him before. A towering 6 ft 5, shaven head, neck tattoo, built and ripped, but in the manner of proper working man, not steroid-shredded. And he totally nails it. While the film itself can occasionally stumble into childish edgelord-style shock for the sake of shock, Vaughn is one hundred percent committed to the performance. He does a lot with very little, he’s intense, and he is always a completely believable badass.

I spoke to Vaughn alongside the film’s writer/director S. Craig Zahler (who is also an acclaimed genre fiction author, black metal drummer, and all-round interesting dude himself). How on earth did Zahler come around to casting Vaughn in this? “When I write pieces, I don’t have an actor in mind,” Zahler explained. “And the casting decision is the most important decision you’ll ever make on a film. I’d been thinking about more obvious people to put into this role, but a less obvious choice would help make this character unique to this movie, as opposed to someone who’s going from badass action movie to badass action movie.”

Vaughn says it the script really stood out to him. “I thought it was very unique, and had a really high level execution of a bunch of different things that don’t normally go together. It didn’t go in the direction I expected it to go. The fight sequences well so well written, as well as the dramatic stuff.” 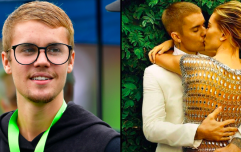 END_OF_DOCUMENT_TOKEN_TO_BE_REPLACED

While he’s synonymous with comedies now, Vaughn never intended to go down that route. His breakthrough might have been in the classic 90s indie relationship comedy Swingers, but his early roles included playing Norman Bates in the infamous 1998 Psycho remake and a straight role in Jurrasic Park: The Lost World. It was 2003's Old School that aligned him with the likes of Stiller, Ferrell, Carell and the Wilson brothers.

“I just love movies and storytelling. And when I started off acting, I just thought if I could get a part doing anything, I’d be thrilled. If I could work as an actor, that’d be tremendous. There was no larger gameplan. If I could make a living doing this, that’d be great. I had studied with [legendary improvised comedy school] ImprovOlympic in Chicago. But that wasn’t my calling. I enjoyed it, but I didn’t want to be in sketches. I wanted to be in full pieces.”

“So I started off more in independent films, and that was fun. And those R-rated comedies were a blast. But I was just excited to try different things and different challenges.”

What really makes Brawl in Cell Block 99 are the fight scenes. It’s not just the gore. These are short, sharp bursts of violence, shot in clear, simple takes, with none of the flashy overcutting so common in modern Hollywood action. And most impressively, it’s clearly Vaughn doing most of the stunts himself. Zahler told me about being influenced by the likes of Jackie Chan, silent star Buster Keaton and even dancer Fred Astaire, doing incredible physical feats for real and capturing it clearly on film. Vaughn has boxed, and was a high school wrestler, and Zahler utilised those skills in the film. 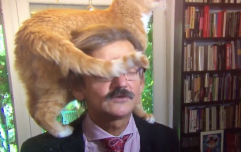 END_OF_DOCUMENT_TOKEN_TO_BE_REPLACED

“I just lifted a lot for strength. I saw him as a blue collar worker who’s also lifting, so I just wanted to get strength.” Vaughn says of how he prepared for the film. “I’d boxed since I was a kid on and off, I just revisited that to get comfortable with throwing punches, so that when I came to shooting I felt comfortable with the physicality. It was something very foreign to me, when you’re shooting a fight scene in one shot – that was challenging.”

Were there any on-set injuries? Zahler won’t go into detail, but confirmed that “People got hit, they survived!”

Vaughn’s last comedy blockbuster, 2013’s The Internship, saw him re-team with fellow Wedding Crasher Owen Wilson, but disappointed both critics and audiences (tbf, it kind of was just a crass feature-length commercial for Google). Since then, he has seemed to eschew comedies – he starred alongside Colin Farrell in the second season of True Detective, and appeared in Mel Gibson’s visceral war movie Hacksaw Ridge.

Does this signal the second act of Vince Vaughn’s career? “I guess I made a switch in my mind a while ago, to do things like Hacksaw Ridge, and some of these things started to come to me. I just wanted to have different experiences, and try some different things. [Brawl in Cell Block 99] was fortunately just something that came to me. I don’t really handicap (doing comedies). I’m not business-minded. But now, I’m far more particular about what I spend my time doing than I was maybe even just five or six years ago.”

His next project sees him re-team with both Zahler and Mel Gibson, and is reportedly about police brutality. That sounds like it’ll either be a masterpiece or a clusterfucker – but however it turns out, it’s a long way from Old School.

Brawl In Cell Block 99 is in cinemas and on iTunes October 20.