Ant and Dec have been laying into BJ this whole series of I'm A Celeb. We're going to miss them

They've become unlikely political commentators, seeing the nation through the worsening pandemic with quips about our shaggy-haired leader.

END_OF_DOCUMENT_TOKEN_TO_BE_REPLACED

And on the finale of I'm A Celebrity Get Me Out Of Here, Ant and Dec couldn't resist just one more final dig at Prime Minister Boris Johnson.

"Before we bring the curtain down on this year's show, we're always looking ahead, rest assured folks, we're looking ahead. We're going to let you into a little secret, we've already booked our first celebrity for next series, next year, already, so that's something to look forward to," said Dec.

He then revealed an I'm A Celeb campsite t-shirt with "Boris" written across the front in the same style as the t-shirts the campmates wear.

"Evening prime minster," Dec joked, as he lifted the t-shirt.

Forward planning is the key to success! 😉 #ImACeleb @antanddec pic.twitter.com/tzjtWVJ4zi

END_OF_DOCUMENT_TOKEN_TO_BE_REPLACED

They'd even mocked up a fake phone line for viewers to ring in and show their support.

It came as the I'm A Celeb finale was delayed by Boris Johnson's new covid speech to the nation. In it, he declared an "Omicron emergency" and said he was making booster jabs available to everyone over 18 by the end of December. 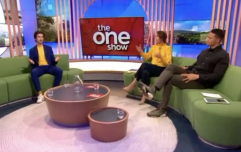 END_OF_DOCUMENT_TOKEN_TO_BE_REPLACED

Ant and Dec made it a theme of this year's show to mock the prime minister's bumbling covid messages.

"They weren't celebrating, they didn't have a party," said Ant of the campmates just last week, taking a swipe at Johnson at the height of the Tory's Christmas parties scandal.

"They categorically deny any suggestions that they had a party. And this fictional party definitely didn't involve cheese and wine, or a secret Santa," added Ant.

Then Dec yelled down the camera: "Evening prime minister!" as the camera crew cheered.

A few days later they went in again.

"Not a great idea that, is it?" added Dec. "If we've learned one thing in the last 24 hours, it's that you can't get away with covering things up," teased Ant.

"That will come back to bite them at some point, might take a year, but it will happen," added Dec.

"It was obvious what happened... Even Ant and Dec are ahead of the prime minster... Sorry, Danny Miller," Dec added.

The jokes have seen the duo go down as as legends of political banter on social media.

However, one user reminded that Ant voted Tory in the last election. "I just saw Ant and Dec described as "unlikely political saviours" and I'm sorry but absolutely not," they wrote.

"I think we can say "ha ha that comment was very funny" without calling people who – as far as I'm aware – haven't actually commented on politics since they said they voted Conservative in 2015 bc they felt Ed Miliband was unelectable "the true leaders of the opposition", ykwim?"