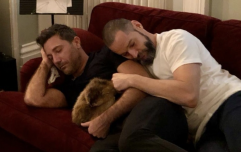 END_OF_DOCUMENT_TOKEN_TO_BE_REPLACED

For the first time in the history of GBBO, the bakers had to use vegan ingredients in their bakes last night. It was a gripping affair, enhanced by the opportunity to see Paul Hollywood very slowly lose the will to live throughout the course of the show. Man doesn't like vegan food.

It was a solid evening of entertainment, complete with one of the greatest moments in the history of television. (See point #6 below)

1. Three minutes into the show, Briony dropped the first vegan joke and it was a cracker

Upon learning that it was vegan week, Briony was understandably flustered. Unprompted, she turned to the camera and said that she was "running around like a headless chicken", then quickly realised that such a statement was quite insensitive given the nature of this week's theme. This came at a ballsy three minutes into the show, when the pretence of respecting vegans was dropped with gay abandon. As a concept, it is very funny. A headless chicken would horrify a vegan. Briony is a comedy genius. She deserves to win everything.

Noel struck up a conversation with Kim-Joy which consisted of laying his preconceived notions upon her. He legitimately said "You look like you might know your way around a vegan restaurant... You're not vegan, are you? You just have that air about you", to which she awkwardly responded "Everyone keeps saying that". We now need to figure out what it is about Kim-Joy that makes her seem vegan. Possibly the colourful eyeshadow, maybe her purple hair, or maybe her car registration plate which is V3G4N 4 LYF. Who can say. 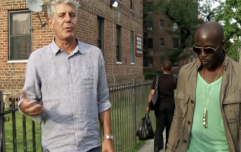 END_OF_DOCUMENT_TOKEN_TO_BE_REPLACED

Only! Fools! Eat! Horses! Because it's vegan week! So nobody is eating any horses! Nobody uses horse in any other week of GBBO, not that we know of, but we love a bit of wordplay here in the GBBO fan club and Jon delivered with great success. Remember that time we found out there was horse meat in everything? Twitter really came alive that day. I saw someone tweet that horse meat was now part of a "stable" diet and I just about lost it. We have a good time, us and the internet, don't we?

Wearing an entire comic book as a jacket was only the second weirdest thing about Noel Fielding on last night's GBBO, as he proceeded to make his way through the tent with a cake cover on his head, with all the giddiness that comes with being around vegan food. Was this the content we expected when we bid farewell to Mel and Sue? Is this what Mary Berry forewent her position as a judge for? Honestly, no. But it's not a bad consolation prize. Try to imagine GBBO without Noel Fielding. Wrong, it would be even more boring than that.

5. Rahul had a flour explosion and stared dead into the camera because he is Jim from The Office

Is there a sadder man alive than Rahul? Is there a more accurate embodiment of Eeyore than Rahul? The answer is no. Despite being probably the best baker on GBBO this year, Rahul still looks eternally glum, as if someone has just told him that The Big Bang Theory is being renewed for another series or that a certain frog-shaped chocolate bar is being increased in price again. He is never happy, never satisfied, always chasing an unattainable emotion. Makes for great TV though, it has to be said.

Ruby's cake, despite the efforts of the entire GBBO bakers, wasn't playing ball. She managed to hoist it together with the aid of her fellow contestants, but as soon as they left the tent, it all went to shit. Like something out of a Scorsese movie, the bakers were walking past the tent with gay abandon, fondly looking at their showstoppers, when Ruby's cake slowly and dramatically toppled over. Kim-Joy turned away, shielding herself from the pain, Manon shrieked, Briony gasped. Ruby's cake fell over. For your consideration, The Academy, this is very clearly a worthy winner of Best Picture 2018.

popular
Shocking CCTV shows moment rival gangs engage in fierce gun fight in broad daylight
Aaron Ramsdale wore Arsenal away shirt against Newcastle
BREAKING: Two cases of Omicron variant detected in UK
Ava White: Tributes to ‘unique and bubbly’ 12-year-old ‘murdered by a group of boys’
'It's England or die' - life inside the refugee camps in northern France
Storm Arwen: Third person crushed to death by tree amid weather chaos
The JOE Friday Pub Quiz: Week 271
You may also like
News
Salt Bae’s washing up technique is more ridiculous than his prices
Food
You can now get paid to eat Greggs' vegan festive bake
News
Salt Bae sued for $1m by former employees
Politics
UN gives Musk everything he asked for to donate $6B to end world hunger
Food
Cocaine stash worth £33 million found in shipment of onion rings
Next Page