Here's what we want from the new $365m Nintendo theme park

When Nintendo announced it was going to build a theme park everyone reacted with a mixture of excitement and intrigue.

The Japanese giant has been pretty cagey about the project since then, but we now know a bit more about the collaboration with Universal Studios. 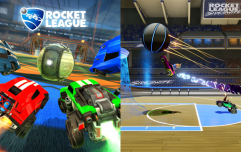 END_OF_DOCUMENT_TOKEN_TO_BE_REPLACED

The park will be located, at least initially, in Osaka's Universal complex, and Nintendo want it built in time for the 2020 Tokyo Olympic games.

According to the Japanese website Sankei, Nintendo will invest $365m to ensure Mario and his mates can stand toe to toe with Mickey. They clearly reckon Disney's mascot has been running the rollercoaster scene for too long.

If the park is a success in Japan (it will be), then we'd imagine it won't be too long before a western version arrives. Just in case the Universal Studios architects are readers of JOE, we've had a good think about exactly what we'd want to see from the real life ode to the Mushroom Kingdom.

A bit of a no-brainer. We envisage a traditional banana boat experience, with all the stomach-churning thrills you'd expect, but towering above the ride would be the angry ape himself.

In an ideal world, DK would have us dodging barrels and fearing for our lives. If, however, this failed to get past health and safety, he'd probably squirt water or something. We'd also like a high five from Diddy on the way out. And a banana. 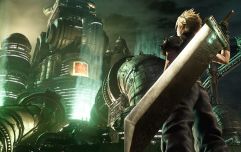 END_OF_DOCUMENT_TOKEN_TO_BE_REPLACED

Anyone who's played the superb Luigi's Mansion games will see the concept's potential as a theme park ride.

Loveable as he is, Mario's brother is a pathetic wimp, so he wouldn't be much use to you here. The way we see it, Luigi hooks you up with a laser gun at the beginning of the ride, before guiding you through a typically inventive Nintendo house of horrors.

When a ghost appears (it would be one of those flashy 4D things), Luigi legs it, leaving you to zap it to pieces and progress. A good enough score at the end would earn you a trademark green hat to proudly wear for the rest of the day.

END_OF_DOCUMENT_TOKEN_TO_BE_REPLACED

Every theme park needs a rollercoaster so fast that you genuinely fear for the skin on your face and the wrath of your child/brother/cousin when he's ruled too small to ride. F-Zero ticks all the boxes here.

You'd be launched into the sky and thrown around a looping, futuristic metropolis at record-breaking speed, making it impossible for even the most keen-eyed rider to figure out where the secret camera is hidden.

An overpriced keyring holding a picture of your contorted face during the steepest decline would top off the experience nicely.

No trip to the Nintendo theme park would be complete without an urgent Zelda rescue mission. The princess with the worst security detail in history has been snatched by Ganon again and imprisoned deep within a perilous dungeon.

You'd be whizzing around on a mine cart, getting ever closer to Zelda's desperate cries for help. Midway through the ride everything would turn pitch black and the cart would be thrown backwards.

When the lights come back on, the famous Zelda music fills the room and you get to watch endearingly clunky Link and Ganon puppets fight it out on the dungeon floor. We like this ride.

You thought we were going to leave it out didn't you? With all the 3D wizardry available to ride designers these days, it would crazy for Nintendo's theme park not to let you race around Mario Kart's most iconic track.

Your physical kart wouldn't actually move from its hinges, but put on the glasses and you'd be completely engulfed by flashing neon as you skid and slide like a maniac all the way to the finish line.

The difference between this and the game version is that an embarrassingly-timed drift won't send you flying off the side and into space. After all, theme parks are no place for explosive swearing.

popular
Jake Paul accused of sexual assault by TikTok star Justine Paradise
People fighting over name of game where you knock on someone's door and run away
Man faces three years in jail in Dubai for legally smoking marijuana in his own country
Flatpack expert charges people to assemble Ikea furniture after job loss
QUIZ: Can you get 20/20 in this desperately tricky capital cities quiz?
Spurs and City fan groups issue joint statement criticising ticketing for Carabao Cup final
Covid lockdown 4: Could it really happen and how can we prevent it?
You may also like
Gaming
Simpsons: Hit and Run remake petition hits 25,000 signatures
Sport
EA announce the return of PGA Tour series
Sport
NBA star banned from Twitch after using anti-semitic slur
Sport
EA Sports bans FIFA player who racially abused Ian Wright for life
Gaming
The first trailer for the new Aliens video game has arrived
Next Page