It turns out that knowing the answers on Jeopardy! isn't always enough.

Nick Spicher was trying to answer a question in the Music & Literature Before & After category, which required contestants to link to separate titles with a common word, when he made the costly mistake. 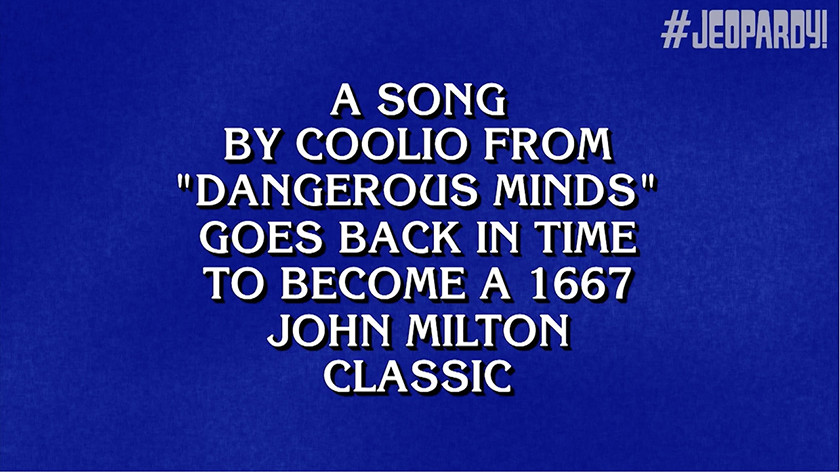 “A song by Coolio from ‘Dangerous Minds’ goes back in time to become a 1667 John Milton classic.”

“What is Gangster’s Paradise Lost."

END_OF_DOCUMENT_TOKEN_TO_BE_REPLACED

His response was accepted as correct - at first - before host Alex Trebek had to break some bad news.

Because the name of the chart-topping song is Gangsta's Paradise, and not Gangster's Paradise, the judges had decided Spicher's answer was no longer valid.

Alex Trebek told him told him:

“Our judges have re-evaluated one of your responses a few moments ago, Nick.

"Although Nick’s response of 'Gangster’s Paradise Lost' was initially accepted, the hard R sound caught the ear of one member of the onstage team, who immediately followed up with a quick check.

Jeopardy taking $3200 away from a contestant because he called Coolio’s song “Gangster” instead of “Gangsta!” Alex is truly living the Thug Life. #Jeopardy #coolio #thuglife pic.twitter.com/T2i2AtZNqg

"It turns out that gangsta and gangster are both listed separately in the Oxford English Dictionary, each with its own unique definition.

"Nick changed not only the song’s title, but also its meaning ­– making his response unacceptable."

According to TIME, Spicher went on to win the episode on New Year's Day with $15,201.