Fortnite is finally getting its first vehicle

The game is finally getting vehicles, just maybe not the sort people were hoping for

Fortnite's rival in the battle royale genre, PlayerUnknown's Battlegrounds, has long had vehicles littered around its virtual maps. Players can hop onto a bike, into a car or a van and essentially speed across the map in search of further death and destruction.

Until now, Epic Games had resisted the urge to add vehicles to its online behemoth, leaving players to use either their legs or a launch pad of some kind to maneuver long distances, but their latest update of the game looks set to change all that.

Because you see, Fortnite's latest patch - version 4.3 - has just been teased via the game's online news client, and it would seem that shopping carts, yes, shopping carts are being added to the game as its first vehicles. 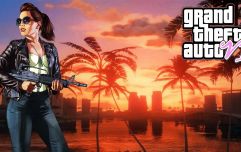 END_OF_DOCUMENT_TOKEN_TO_BE_REPLACED

What isn't sure, among lots of other things surrounding this cart, is how exactly it will work. Will it simply be lying on the street, waiting for someone to jump into it? Will it require a squad member standing on the back to propel it forward? Or will it take up an inventory slot like a launch pad or a weapon?

All these things we don't yet know, but the update is coming out later this week so you don't have long to wait.

popular
Multiple fatalities after planes collide mid-air over airport
Andrew Tate banned from Instagram and Facebook
The JOE Friday Pub Quiz: Week 308
Incredible case of the only known individual whose parents were two different species
Court hears cringeworthy poems Ryan Giggs wrote to his ex
Former Playboy Bunnies detail what it was like having unprotected orgies with Hugh Hefner
Rishi Sunak names his usual Maccies order - but it was withdrawn more than 2 years ago
You may also like
Music
Is Ariana Grande's Fortnite collab the future of live concerts?
Gaming
Avengers content is coming back to Fortnite
News
Prince Harry reckons Fortnite should be banned to combat social media addiction
Entertainment
Netflix say Fortnite is their biggest competitor, not other streaming services
Entertainment
Fortnite are being sued by 2 Milly over use of 'Milly Rock' dance move
Next Page