The recently-revived Who Wants To Be a Millionaire had everyone buzzing on Tuesday night - and probably not for the best reason.

END_OF_DOCUMENT_TOKEN_TO_BE_REPLACED

Among the many contestants on the show, we were introduced to Lynn.

She was hoping to win enough money to buy a conservatory, while her husband, Ian, was looking at a Bugatti Chiron.

And things looked off for a good start. Even a great start, maybe.

It all began when, in the fastest fingers round, she became the only would-be contestant to put six different UK honours in the correct order. 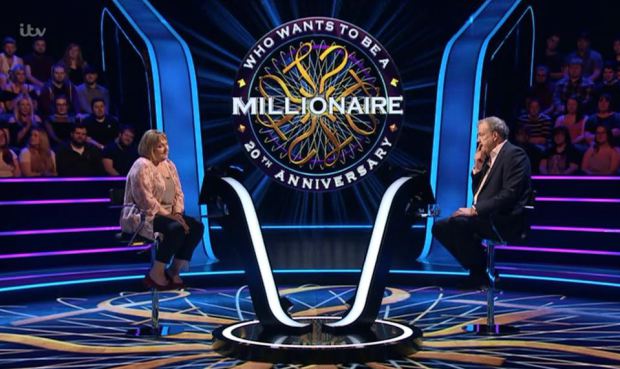 END_OF_DOCUMENT_TOKEN_TO_BE_REPLACED

She began to zip through the questions, with only a slight hiccup on a question about the famous We Can Do It posters from World War Two - which led to her using her 50/50 lifeline.

Lynn made it to the £32,000 question and we were all rooting for her to keep succeeding.

And then things went sideways.

Host Jeremy Clarkson read out the £64,000 question, which said:

Straight away, Lynn insisted "it wasn't Hammond", but wasn't totally sure of the correct answer.

She used her Ask The Host lifeline. Jeremy Clarkson told her that he thought it was William Hague, but wasn't entirely sure.

So, she rang her husband Ian - who also wasn't 100 per cent sure, but thought the answer was Phillip Hammond.

Lynn said that she didn't think it was Hammond as "he was a money man", before choosing Hague as her final answer. 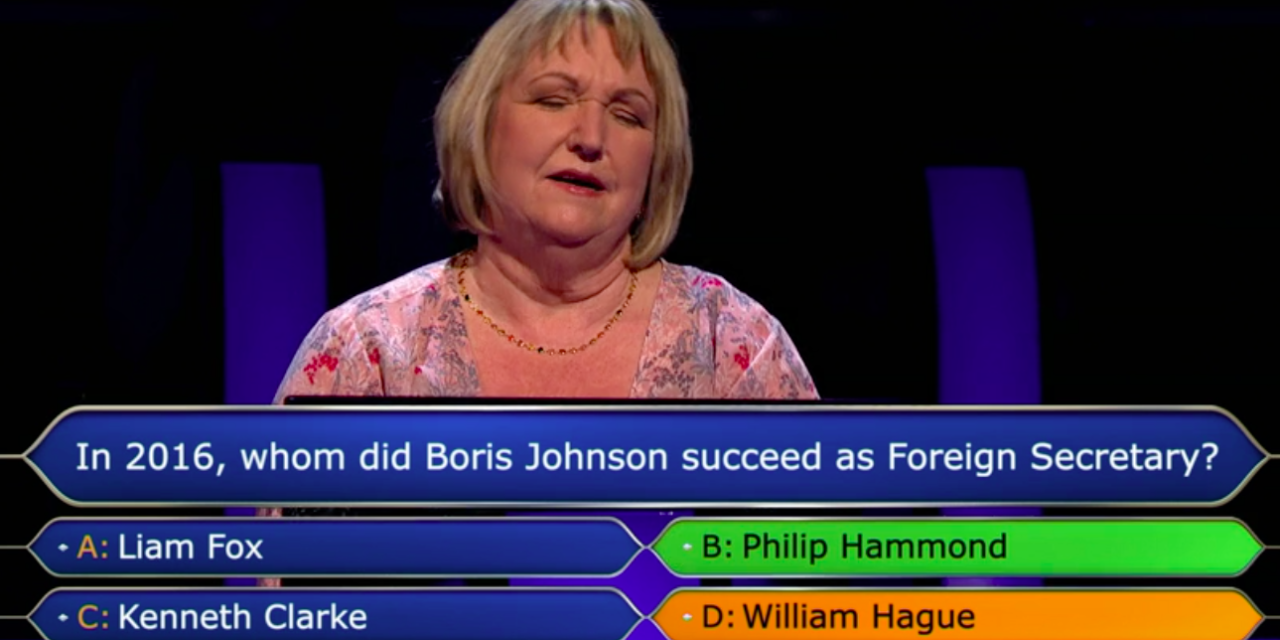 She was ultimately left devastated after Jeremy told her that she had just lost £31,000 as the answer, as Ian had said, was Hammond.

It's not all bad, because she still did walk away with the £1,000 - but the host (and viewers at home) reckoned Ian may not be too happy.

Ian and Lynn if you're reading Twitter, are you still married?! Cos I think I would have built a shed for Lynn when she got back!! #WhoWantsToBeAMillionaire pic.twitter.com/A4lXhmO8jJ

Well that marriage is over 😂 #WhoWantsToBeAMillionaire

I would be FURIOUS why didnt she just listen to her partner?!? She lost £31,000 and would be on £64,000 if she listened to him #WhoWantsToBeAMillionaire

As soon as she leaves the studio having lost £ 31k #WhoWantsToBeAMillionaire pic.twitter.com/th03ApZHPQ

popular
Love Island extended tonight for ‘most dramatic and explosive Casa Amor ending' in show history
Boris Johnson says he is 'so sad to give up the best job in the world'
Dad who left partner for Ukrainian refugee is now her full-time carer after she became partially blind
Sadio Mane volunteered to sign 'death contract' to play for Senegal
Tariq Lampety switches international allegiance ahead of Qatar World Cup
Premier League club faces call to suspend international player over rape allegations
Poll throws up surprising favourite to become next prime minister
You may also like
News
Towie’s Yazmin Oukhellou and Jake McLean had ‘furious row in Turkish club’ minutes before horror crash, report claims
Entertainment
Old George Carlin routine resurfaces after US abortion ruling
Entertainment
Netflix CEO confirms adverts are coming to the service
Entertainment
Kit Harington ‘will be returning as Jon Snow’ for Game of Thrones sequel
Entertainment
Riverdale actor killed his mother so she didn't have to witness his plot to assassinate Justin Trudeau
Next Page