Eurovision: Ones to watch, the odds and the predictions

After a torrid six months, have we ever needed Eurovision more? After months indoors, things are opening up and there is light at the end of the tunnel, and perhaps nothing represents the hope and joy that is around the corner than the fact that Eurovision is back.

END_OF_DOCUMENT_TOKEN_TO_BE_REPLACED

After last year's competition was cancelled because of the pesky pandemic, organisers have been determined to make sure this year's competition goes ahead. There's even going to be a crowd there. Impressively there has only been one Covid complication, with Iceland unable to perform due to one of their act's performers contracting the virus. But they are still in the competition and, as you'll see below, it doesn't seem to have hampered their chances much.

So without further ado, here are the runners and riders for the most gloriously joyous and brilliantly daft night of the year. Who are the favourites? Who should you look out for? And most importantly, will the UK get nul points?

Let's start with the favourites then. And - perhaps surprisingly - it's a rock number from Italian band Måneskin that leads the way.

Of course, there is a history of rock success in Eurovision, with Finnish winner Lordi the best example of this. They're also not the only rock act on the night, with Finland going for a head-banging number again. 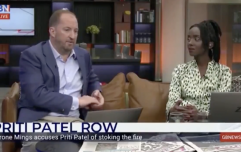 END_OF_DOCUMENT_TOKEN_TO_BE_REPLACED

But there is a strong chance that Måneskin - who say that they take inspiration from the likes of the Arctic Monkeys, Idles, Slaves and Royal Blood - will stand apart from the crowd on the night, and whilst they may struggle to get points from the juries, the all-important public vote could fire them to the crown.

Another of the 'big five' here (the five nations that qualify automatically each year - Germany, Italy, France, UK and Spain) and it makes a change to see France as one of the favourites. They haven't won the competition since 1977, but have a real chance with this. 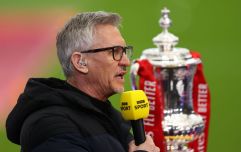 END_OF_DOCUMENT_TOKEN_TO_BE_REPLACED

The only thing you need to know about this entry is this: it's very French. It's a piano ballad full of pure drama and Edith Piaf vibes, and sang in French. You may not understand what Barbara Pravi is saying, but I feel that this one will stick in your mind once the last act has finished.

Another entry here that could be a real fan-favourite. Destiny seems to be Malta's answer to Lizzo, and has arrived in Rotterdam with female empowerment anthem Je Me Casse, which is full of sass and sax.

It's fair to say that the 18-year-old's song also has a solid helping of cheese, but that's never a bad thing in Eurovision. Whilst there are plenty of uptempo songs that will feature on the night, the message and attitude of this one may set it apart from the rest. And who doesn't love a load of saxophone in a chorus?

Perhaps the most Eurovision entry of the night, Ukraine have decided to throw together traditional folk and club music. "Shum" translates from Ukrainian as "noise," and that is certainly what they've produced.

You'll either love it or hate it. And if you hate it, then you're wrong. It's bloody brilliant, and it's my favourite of all the entries. You won't forget it in a hurry either way, and don't be surprised if it sees a swathe of support from across the continent.

It's another powerful ballad for the night, and it comes from Swiss entry Gjon's Tears. Similarly to France's entry, it's pure theatre and is also sung in French, which only adds to the drama of a song if you ask me. Any song that isn't sung in English on the night usually stands out more as well.

Tout L'Univers is an epic song that builds and builds to a big finish, and has one of the more recognisable choruses that will just stick in your head. Gjon's voice lives up to the song as well, and it's a partnership that could guide Switzerland to their first victory in 30 years.

Poor Daði Freyr. After being the heavy favourite to take the crown last year, before the pandemic got in the way, his song Think About Things still managed to go viral and take the world by storm, largely thanks to TikTok.

So him and his band came into this tournament with another catchy tune, again as one of the favourites and one of the few acts on the night that people already recognise.

But now him and his band will not be able to perform on the night, after one of them caught Covid and they made the decision that they would not perform without him. But just because they'll be watching from their hotel doesn't mean that their hopes are over. Their rehearsal performance will be used on the night instead, as it was in Thursday's semi final which saw them qualify with ease.

There's a strong chance here that they manage to garner a fair bit of sympathy, and the simple fact is that it is still a great song that they have travelled to the Netherlands with. Don't discount Daði...

Finland love a heavy rock entry. We've already mentioned the famous Lordi, and they've gone for some similar vibes this year, although not quite as terrifying. The issue here for Blind Channel though could be that they're probably not even going to be the most memorable rock performance of the night, before you even consider all the other acts.

They are likely to be overshadowed by Italy, and whilst they'll probably get plenty of jury and public votes from their Scandinavian neighbours, it would be a surprise if we were travelling to Finland for the contest next year.

Yes, the smallest nation in Europe have managed to get Mr Rida himself onboard. After much debate and confusion about whether he would turn up on the night and feature alongside Senhit (he missed rehearsals because he was judging a bikini contest) it has been confirmed that he will be there on the night. And what a story it would be if he guided little San Marino to a Eurovision success.

Ultimately it seems like, Flo Rida aside, there isn't enough that is unique about Adrenalina. It's standard Eurovision fare, and whilst everyone is sure to enjoy Flo Rida's verse, it's not likely to be enough to get people to vote for it.

But even so. It's Flo Rida. At Eurovision. For San Marino. What a time to be alive.

We couldn't finish this preview without looking at the British entry could we. As the odds suggest though, don't get your hopes up.

The song itself is actually good, and James (brother of John Newman) is a very likeable representative of the UK, a down-to-earth Northerner who you can tell is buzzing to be there. But of course we all know that the actual song is only half the battle at Eurovision, and the simple fact of the matter is that the UK just isn't particularly popular at the moment.

We'll probably hope for some friendly votes from our neighbours Ireland and fellow European outsiders Australia. But honestly anything other than last place and the dreaded nul points can be considered a success, as we head into another night that simply serves as a measure of how much we are disliked across Europe.

The all-important question then: who's going to win. Well if you're doing a sweepstake and you get any of France, Italy or Malta then you can be very pleased with yourself. Italy is likely to be the winner on the public vote, but songs like France's and Switzerland's could do well on the jury votes from each nation.

If Iceland were performing on the night, I'd back them, but I think they'll fall short now. It would be great to see Ukraine's wacky entry win it, but it may just be too marmite to get enough votes. So much will always depend on what strikes a chord with the audience on the night though, and after the few months that the continent has been through, a left-field entry from Italy that is full-on and in-your-face may be the perfect tonic.

As for the UK, if we get 12 points from anyone then that is a cause for celebration. We'll hope for the best, but bottom five is very likely.

If you want more Eurovision content (and why wouldn't you) then check out our picks of the best ever songs from the contest, and what some of the UK's most 'memorable' entrants are up to now.

We'll also be live-tweeting the whole thing from @JOE_co_uk, on what is undoubtedly one of the best nights to keep an eye on social media.

Get ready, because it's almost time....

popular
Olympic swimmers barely keep it together after Clare Balding compliments 'third leg'
What are the dark circles on swimmers' backs at Tokyo Olympics?
A definitive ranking of every swear word from worst to best
Iranian defector wins judo silver and dedicates Olympic medal to Israel
You won't get top marks in this spot the ball quiz
IOC praises trans weightlifter Laurel Hubbard before athlete’s Olympic debut
Here's how to see who's been taking screenshots of your Instagram Stories
You may also like
News
North Korea warns young people against using slang from the South
Sport
Spanish TV presenter claims Euro 2020 was organised for England to win
Entertainment
Richard Madeley labelled 'dangerous' after arguing with Sage scientist over lockdowns
Entertainment
What's on Netflix UK in July 2021?
Entertainment
People call for Stephen Graham and Sean Bean to win awards after Time finale
Next Page