In September 2020, the UK dance troupe known as Diversity, who rose to fame on Britain's Got Talent, performed a powerful Black Lives Matter routine on the show that helped launch their career. 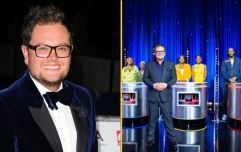 END_OF_DOCUMENT_TOKEN_TO_BE_REPLACED

Back then, it received more a total of 24,500 Ofcom complaints, but both ITV and Ofcom stood firm alongside the British dancers, rejecting the complaints and echoing its message surrounding racism and the need for unity. Now, over half a year later, the performance has been shortlisted for a BAFTA. You can watch it in full here:

As per several outlets, Diversity's Black Lives Matter dance is in the running for the 'Must-See Moment' Award, which is sponsored by Virgin Media and voted on by the public. It is among six nominees alongside the following moments:

Having seen ridiculous levels of criticism from viewers clearly too uncomfortable to be confronted with challenging yet important subject matter, it is good to see such a bold and brave performance be recognised.

This year's BAFTA ceremony will be held on June 6th, with Richard Ayoade set to return as host. The viewing public have until 5pm on the 24th of May to vote for the winner - this is the only award that is voted on by the public, so make your vote count.