Did you know that Monday October 11 is National Coming Out Day? Well it is - and to celebrate, publishing house DC has revealed that their flagship character is coming out as bisexual. 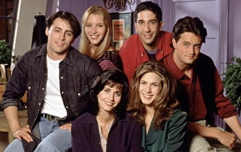 END_OF_DOCUMENT_TOKEN_TO_BE_REPLACED

In the run’s upcoming fifth issue, comic writer Tom Taylor will reveal that the young Kent is bisexual, with his new romantic interest being ​​Jay Nakamura, a fellow reporter who cares for Superman after he faces mental and physical burn-out from trying to save too many people.

While the storyline won’t officially be released until November, DC decided to break the news early in celebration of National Coming Out Day 2021, reports ComicBook.com.

Combined with August’s reveal that Batman’s long-standing Robin, Tim Drake, is also bisexual - alongside confirmation of Wonder Woman Diana Prince's preference when it comes to love interests - this news marks a key moment where each member of DC’s ‘trinity’ of heroes features a character within their extended family that is bisexual.

END_OF_DOCUMENT_TOKEN_TO_BE_REPLACED

Commenting on this important milestone in comic book history, series author Taylor explained: “I’ve always said everyone needs heroes and everyone deserves to see themselves in their heroes and I'm very grateful DC and Warner Bros. share this idea.

"Superman's symbol has always stood for hope, for truth and for justice. Today, that symbol represents something more. Today, more people can see themselves in the most powerful superhero in comics."

"We talk a lot about the power of the DC Multiverse in our storytelling and this is another incredible example. We can have Jon Kent exploring his identity in the comics as well as Jon Kent learning the secrets of his family on TV on Superman & Lois. They coexist in their own worlds and times, and our fans get to enjoy both simultaneously." 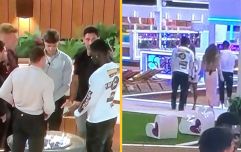 END_OF_DOCUMENT_TOKEN_TO_BE_REPLACED

According to Marvel’s rival company, their new flagship Superman story explores the personal pressures that come with being faster than a speeding bullet; asking the question: “How much can Earth’s new Superman do before this Man of Steel buckles? And when he does, who swoops in to save Superman?”