Actor Daniel Craig has said he does not intend to give his children a substantial inheritance, branding them as 'distasteful'. The James Bond star will not be leaving his two children his substantial earnings from Hollywood and would instead seek to give it to a good cause.

Craig has two kids currently, one with his wife Rachel Weisz and another with ex-wife Fiona Loudon. "Isn't there an old adage that if you die a rich person, you've failed?" he said in an interview with Candis magazine.

He continued: "I think Andrew Carnegie [an American industrialist] gave away what in today's money would be about 11billion dollars, which shows how rich he was because I'll bet he kept some of it, too! 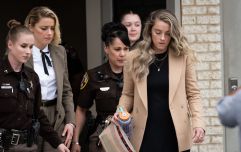 END_OF_DOCUMENT_TOKEN_TO_BE_REPLACED

"But I don't want to leave great sums to the next generation. I think inheritance is quite distasteful.

"My philosophy is get rid of it or give it away before you go."

Craig allegedly has a net worth of $160 Million, and is reportedly raking in $25 million for his role in the upcoming 'No Time to Die'.

In similar news, directing extraordinaire Quentin Tarantino has said he has never given his mother a penny except for when she had a financial issue with the IRS. Speaking on a recent episode of The Moment podcast, the Pulp Fiction director described a run-in he had with his mother at a young age. 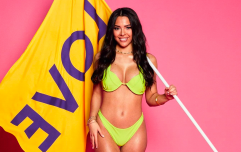 END_OF_DOCUMENT_TOKEN_TO_BE_REPLACED

Tarantino continued: "When she said that to me in that sarcastic way, I go, 'OK, lady, when I become a successful writer, you will never see one penny from my success. There will be no house for you. There’s no vacation for you, no Elvis Cadillac for mommy. You get nothing. Because you said that."

popular
Chris Pratt doesn't want you to call him Chris Pratt because it isn't his name even though it is
Black box prepped for doomsday as creators warn we 'are now being recorded'
Man sends pic of him receiving oral sex to all passengers on plane - gets arrested
Barcelona considering legal action against Roma after late friendly drop-out
Dramatic video shows the moment dad attacks 3-year-old son's suspected murderer in court
R Kelly due to be sentenced today, with prosecutors calling for 25 years
Jasmine Burkitt death: BBC reality TV star dies aged 28
You may also like
News
Brits with £20 and £50 notes have been given a 100 day warning
Life
Martin Lewis warns energy price cap could soar close to £3,000 in October
Life
Elon Musk set to become world's first trillionaire by 2024, because the world really needed one
News
Elon Musk, Jeff Bezos and Bill Gates have lost over $115 billion in a few months
Life
The reason why lottery winners go public as UK's biggest EuroMillions revealed their identities
Next Page