It's a sad day in the world of Hip Hop as it has been announced that the rapper Craig Mack has passed away at the age of 46. 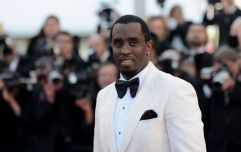 P-Diddy responds to Eminem's accusation he had Tupac killed

END_OF_DOCUMENT_TOKEN_TO_BE_REPLACED

It's being reported that Mack, who rose to fame after joining Puff Daddy's Bad Boy Records and then releasing the mega smash "Flava In Ya Ear", died in the early hours of this morning. The cause of death was not initially revealed but it has been reported he died from heart failure at a hospital near his home in Waterboro, South Carolina.

Hip Hop DJs Funkmaster Flex and DJ Scratch took to social media to confirm his passing and share their condolences.

The artist upon which Diddy (then Puff Daddy) launched his Bad Boy Records imprint in 1993, the same label that gave us The Notorious B.I.G., Ma$e, Total, Carl Thomas, Faith Evans, 112, Black Rob, G Dep, French Montana, Machine Gun Kelly, and of course Diddy himself, Craig Mack will forever be remembered for his "Flava In Ya Ear" remix.

Released almost 25 years ago in 1994, it tore the roof off of Hip Hop thanks to its all-star remix that featured LL Cool J, Busta Rhymes, The Notorious B.I.G. and Rampage. 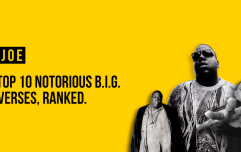 It was all a dream! We rank the Top 10 Notorious B.I.G. verses

END_OF_DOCUMENT_TOKEN_TO_BE_REPLACED

Born in Queens, New York, Craig Mack would later leave NY and rap music in exchange for the South. He moved to Waterboro, South Carolina with his family and joined Overcomer Ministries.

In the recent Bad Boy documentary Can’t Stop, Won’t Stop, Diddy and his team are seen trying to convince Mack to perform as part of the Bad Boy Reunion tour that took place in 2016. Mack declined the offer due to his religious beliefs.

Mack's debut album Project: Funk da Word was his most successful peaking at 21 on the U.S. album charts. His follow-up was 1997's Operation: Get Down.