Ant Middleton dropped by Channel 4, will no longer present SAS: Who Dares Wins

TV bosses say they have issues with his "personal conduct"

Ant Middleton, former SAS operative and star of Channel 4's SAS: Who Dares Wins, will no longer be presenting the UK version.

END_OF_DOCUMENT_TOKEN_TO_BE_REPLACED

Channel 4 say they have dropped the 40-year-old due to issues with his "personal conduct".

In a statement provided to MailOnline, Channel 4 said: "Ant Middleton will not be taking part in future series of SAS: Who Dares Wins.

Last year, Middleton was on the receiving end of criticism for comments made in response to protests in Central London.

He tweeted: "The extreme left against the extreme right. When did two wrongs make a right. It was only a matter of time. BLM and EDL are not welcome on our streets, absolute scum. What a great example you are to your future generation. Bravo."

He also downplayed the seriousness of the coronavirus pandemic, telling his social media followers to carry on life as normal. 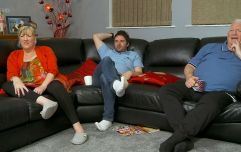 END_OF_DOCUMENT_TOKEN_TO_BE_REPLACED

In an appearance on Good Morning Britain, Middleton was challenged over his comments on coronavirus and admitted he "got it wrong".

Middleton yesterday announced his departure from SAS: Who Dares Wins on social media, but said he left of his own accord.

He wrote: "Hi guys, I've got some news which is that after 5 incredible years I've decided it's time to move on from SAS Who Dares Wins UK. 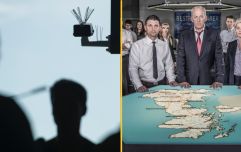 Channel 4's Hunted is on the lookout for new contestants

END_OF_DOCUMENT_TOKEN_TO_BE_REPLACED

"Big respect to my fellow DS - it's been a journey I'll never forget. Thanks to everyone that took part and made the show what it is. Really excited about the future and what's coming this year. Stay positive."

While he will no longer be working with Channel 4 and presenting SAS: Who Dares Wins UK, the Portsmouth native will continue in his role on the Australian version.

Australia's Channel 7 confirmed that he will continue working with them alongside co-hosts Mark 'Billy' Billingham, Jason Fox and Ollie Ollerton.

popular
Graphic WAP sign language interpreter is better than the actual song
Tokyo 2020: Footballer guaranteed to be first trans and non-binary athlete to win Olympic medal
A definitive ranking of every swear word from worst to best
This is how Team GB is doing at Tokyo compared to Rio and London
Here's how to see who's been taking screenshots of your Instagram Stories
IOC rules for transgender athletes in Olympics to be changed after Tokyo, officials say
Guy finds Aldi version of Hula Hoops in branded multipack
You may also like
News
Daniel and Lily from The Undateables have called off their wedding
Entertainment
Naked Attraction star says everyone should try naked dating
Entertainment
Ant Middleton leaving the UK for Australia because it’s 'too pretentious'
Entertainment
Channel 4 cancels 'The Circle' after three series
Entertainment
Jon Snow quits Channel 4 News after 32 years
Next Page