The Euros are causing another spike in covid cases

A report from Public Health Scotland has been released that shares some concerning news. A staggering 2,000 cases are linked directly to the Euros game.

END_OF_DOCUMENT_TOKEN_TO_BE_REPLACED

Of the 1,991 cases registered by Public Health Scotland (PHS), two-thirds said they had travelled to London to watch the game on the 18th.

The figures show 1,470 cases with a Euro 2020 tag are people aged 20 to 39. Furthermore, nine out of ten of the cases were men. Scotland's Billy Gilmour had to self isolate after the match in question, as did Mason Mount and Ben Chilwell. The decision made by the FA was criticised online, with many people questioning why no one else on the Scottish team had to isolate.

No Chillwell or Mount because they hugged their mate. Scotland team can play because no one saw them hug their mate. I can’t watch my daughter’s sports day but she can come home from school and give me a hug after playing with her friends all day. What a load of fucking bollocks. 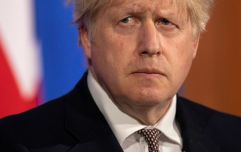 END_OF_DOCUMENT_TOKEN_TO_BE_REPLACED

This is but one of the many times the rules have been called into question. Because of their vague, pick and mix style phrasing, individuals choose what suits their needs best. Obviously, the most notable example is Matt Hancock, whose kissing exploits broke the internet last week.

Time will tell whether last nights historic game will have the same outcome, but it doesn't take a genius to work out just how badly this could go. After all, no one was wearing shirts, let alone face masks.

The report from PHS says, "all public health actions are taken in the close contacts of these Euro 2020 cases".