On Monday night Nigel Farage attempted to defend pro-IRA comments he made on the personalised video service, Cameo, but a quick look at the former UKIP leader's archive on the service shows he's made a number of problematic comments - all for a few quid a pop.

END_OF_DOCUMENT_TOKEN_TO_BE_REPLACED

For those unfamiliar, Cameo is a service where you can pay celebrities and other well-known personalities to record special messages: a birthday greeting or a daft little present for someones leaving do, for example. Alternatively, sometimes it springs up messages like this:

Tricking Nigel Farage into saying “up the RA” for money is absolutely fantastic. pic.twitter.com/sOyxqyQipH

His prices initially varied anywhere from £15-75 but just yesterday, after he was once again 'fooled', it was claimed he charged £87 for a 35-second clip reading out yet another IRA message. He now reportedly charges a whopping £1,080 per message for a "marketing campaign or big event".

END_OF_DOCUMENT_TOKEN_TO_BE_REPLACED

From the moment Farage appeared on Cameo, people have taken advantage of the opportunity to have a politician read out some pre-agreed messages for a set price, like some 21st-century puppet act.

But that's not to say you can get him to say just about anything:

I tried booking Nigel on Cameo, but he rejected my request. Sad pic.twitter.com/OUVIuhoc7v 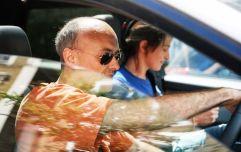 There are numerous clips of him being 'baited' into saying offensive things like the N-word, using slurs referring to Pakistanis and laughing at blatant homophobic material. Perhaps most concerning is that these videos point towards a darker and more widespread trend across the Cameo app.

Nigel Farage on Cameo is something else. Someone really just gave him a set of Gen Z humour quotes to read out 😂 pic.twitter.com/FNOA7fTFw4

In the above video, you'd be forgiven for thinking this was just a string of edgy gamer gibberish, but the name 'Big Chungus' refers to what started out as a fairly innocuous Bugs Bunny meme, depicting a chunkier version of the classic cartoon character before the meme was co-opted by alt-right 'edgelords'.

These so-called edgelords used the meme to spread hate speech and fascist content before the subreddit 'r/bigchungus' became one of 2,000 pages taken down by Reddit last year.

It isn't the first time Cameo has encountered this problem. In November 2018, NFL legend Brett Favre was duped into reading out coded messages by a white supremacist group. He wasn't the only one either: several celebrities were tricked into promoting the anti-semitic group Goyim Defense League (GDL) and referring to the USS Liberty to antagonise Jewish communities.

Nigel Farage’s integration onto Cameo is going exactly how you’d expect it to pic.twitter.com/fhFrQZr2VL

Cameo's CEO was forced to apologise for the incidents, after which the offending material was deleted and a 'Nazi bot' was installed on the app. Despite these measures, there are concerns that people will still try to infiltrate these online services and, in some cases, weaponise them to spread negativity and hate.

Farage knows exactly what he's doing. He doesn't mind people mocking his 'gullible gaffes' and saying any old tosh so long as he's getting paid and can remain somewhat relevant.

More than that though, allowing Farage to enjoy what may seem like nothing more than an embarrassing, ineffectual half-life on this site is exactly the same kind of mistake we made letting Boris Johnson pop up on Have I Got News For You and letting Jimmy Fallon ruffle Donald Trump's toupee.

Turning politicians into memes helps to normalise their political views, bring them into the mainstream and garner further influence, which we now know more than ever can prove to be problematic.

Ann Widdecombe popped up on Strictly and Big Brother after retiring from politics and then went on to be an MEP for Farage's own Brexit Party as it helped us limp out of Europe. Even more positive examples like Alexandria Ocasio-Cortez live-streaming herself playing Among Us helped her massively improve voter outreach among youths in 2020. This stuff works.

That being said, Farage's presence on Cameo is not just a valuable marketing strategy that keeps cash coming in and the phone ringing: these joke videos allow fringe ideas to seep into impressionable public forums under the thinly-veiled guise of a 'prank', further distorting an already warped and potentially dangerous public discourse.

Farage is just one tiny drop in the Cameo ocean and paying him to record questionable jokes could contribute to a larger problem, whether you do it ironically or not.

'Beware the fool': "This fellow is wise enough to play the fool; And to do that well craves a kind of wit".