Where did the mop come from?

A video circulating on social media appears to show the tense moment swimmers beat away an advancing shark with a mop. 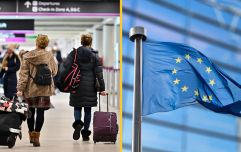 Brits will be charged to enter Spain, Greece, France and Portugal

END_OF_DOCUMENT_TOKEN_TO_BE_REPLACED

When faced with a shark in its natural habitat, we are faced with one simple choice: which swimming technique do you use to escape? However there are those amongst us whose fight or flight instincts are geared in the opposite direction, as seen recently on the Marmaris coast, south west Turkey.

In a video shared by EHA News on Twitter, a group of people can be seen bobbing around near a line of buoys when a shark's fin breaks the water as onlookers form a circle around it. Other people return to the beach at the mere sight of the animal, at which point a man appears with a mop. Where he got the mop from whilst in the sea is another question entirely.

📹| The shark, which was seen on the Marmaris coast, was removed by the citizens "by hitting its head with a floor mop". pic.twitter.com/xlwRohbsD4 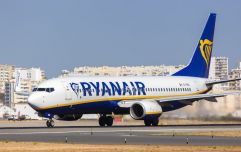 Ryanair strikes have begun and will go on until next year, affecting many flights

END_OF_DOCUMENT_TOKEN_TO_BE_REPLACED

The man bonks it on the head a few times before it swims away from the crowd. Some swimmers hung around to make sure it vacated the area safely.

This week, a 68-year-old woman died in an ambulance after losing limbs to a shark in Egypt. In one harrowing video, a witness can be heard shouting: "Where are the rescuers? F***, she's covered in blood. The shark bit her arm off. Where's the rescue team? Where's the shark? Lifeguards? Where are the lifeguards? She's going to f***ing die."

In another incident, this time in Florida, 17-year-old Addison Bethea was attacked by a 9ft shark and will now lose part of her leg. Speaking to CNN, Bethea described how she punched the animal in the face, having heard that's what you're supposed to do.

"So I just started socking it in the face and then poked its eyes and I tried to latch it off me with my fingers, and then it bit my hand," she said.

Bethea's brother, Rhett Willingham, fought off the shark with his bare hands before pulling his sister into the boat. His actions may have saved her life.

popular
Moment Jake Paul ends up in dramatic fight with YouTuber in club
Landlord faces £40k fine after tenant puts swimming pool on roof of flats
Bulgarian mystic who correctly predicted Princess Diana’s death and 9/11 sees 2022 prophecy come true
Man United have 'decided to sell' promising midfielder James Garner
Graeme Souness 'doesn't regret a word' of 'man's game' comments that sparked sexism row
Incredible case of the only known individual whose parents were two different species
Graeme Souness under fire for calling football a ‘man’s game' while sat with Karen Carney
You may also like
News
Couple take DNA test after worrying they might be siblings
News
Straw poll divides opinion
News
Man shows aftermath of crazy waterslide jump which went viral
Life
Woman lies beneath delivery driver's car to force him to carry her fridge inside
News
The horrifying reality of what the last selfies on Earth will look like, according to AI
Next Page