People are being urged to not kill flies and wasps invading their homes, no matter how annoying

Don't let them bug you out, it could be catastrophic

People are being urged not to kill flies, wasps, and bees in their homes, due to declining populations. 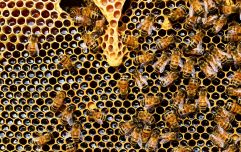 Bees may ejaculate themselves to death if heatwave reaches 42C

END_OF_DOCUMENT_TOKEN_TO_BE_REPLACED

Flying insect populations have plummeted 65 per cent in England over the last 20 years, a new study has found. Scotland showed a lesser, but still significant, decline of 28 per cent.

Conservation charities Buglife and Kent Wildlife Trust revealed the findings after asking Brits to count the number of insects splattered on their car registration plates - comparing the data to a similar study from 2004.

The findings should "shock and concern us all," one expert warned.

Paul Hadaway, the director of conservation at Kent Wildlife Trust, said the decline in insects reflects the "enormous threats and loss of wildlife" more broadly across the country. 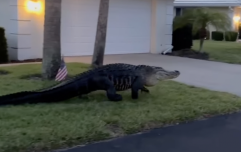 END_OF_DOCUMENT_TOKEN_TO_BE_REPLACED

"These declines are happening at an alarming rate and without concerted action to address them, we face a stark future," he said.

"Insects and pollinators are fundamental to the health of our environment and rural economies. We need action for all our wildlife now by creating more and bigger areas of habitats, providing corridors through the landscape for wildlife, and allowing nature space to recover."

As many as 40 per cent of the world's species could become extinct in the next few decades, the National History Museum warned, including bees, ants and butterflies.

We don't want to say bye to these beauties (Photo: iStock) 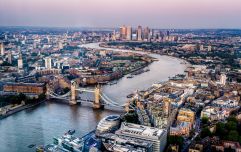 END_OF_DOCUMENT_TOKEN_TO_BE_REPLACED

That's because these insects represent some of the most significant pollinators of plants, and their decline, therefore, affects all the major groups of wildlife. Plants are pollinated in loads of different ways, but insect-pollinated crop plants such as apples, pears, cucumbers, watermelons, and almonds could fail altogether without the insects.

The impact of insect loss goes way beyond our food supplies, the museum warned, as animals such as birds depend on them for food will also be hit.

popular
Landlord faces £40k fine after tenant puts swimming pool on roof of flats
James May 'hospitalised after crashing into wall at 75mph filming new show'
Lisa Kudrow hits back at fans complaining about lack of diversity in Friends
Robin Williams' wife shares reason why he killed himself
Jamie Carragher trades Twitter blows with Gary Neville over Glazers tweet
Furious Reading and Leeds ticketholders demand refunds as band replaces Rage Against The Machine
The JOE Friday Pub Quiz: Week 307
You may also like
News
Wildlife trophy hunter who killed lions and elephants gunned down in 'execution-style' murder next to car
Life
Angry orangutan almost breaks man's leg grabbing him from inside cage
Life
Elderly man hospitalised with 'significant injuries' after being attacked by squirrel
Life
Heartbreaking images as dozens of pilot whales die at infamous beach
Life
Poisonous spiders discovered eating bats in the UK for the first time
Next Page