Someone buy us a Cyberquad

The announcement comes two years after Tesla unveiled its full-size Cyberquad ATV to match its Cybertruck - which we understand sounds a little like sci-fi jargon...

Out riding with the kids on the Cyberquads! So much fun for kids and adults! @tesla pic.twitter.com/gq23GWsiDk

The Cyberquad for kids is available to order immediately from Tesla's website and will begin shipping in the next few weeks.

The vehicle itself is designed for children aged eight years and up - but we guess a six-year-old proficient driver could also master the bite-size ATV.

I love Tesla, but this looks like a joke. And I'm afraid its not. https://t.co/VcfjYz7q8F

Not that kids will care in the slightest - but the ATV includes a steel frame, cushioned seat, LED light bars and adjustable suspension with rear disk braking. 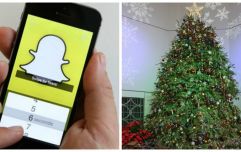 END_OF_DOCUMENT_TOKEN_TO_BE_REPLACED

After charging the device for a max of five hours, the battery will power the car for up to 15 miles, which your kid will be able to travel at a max speed of 10mph. That said, there are currently three speeds installed - those being 5mph, 10mph and also 5mph in reverse.

Unfortunately, the Cyberquad is currently only shipping in the US so it might be best to buy a bulk standard one that will undoubtedly cost half the price.

In other tech news, you can now get paid £150,000 to let a robot use your face and voice. Tech company Promobot is hunting for people who are willing to sell their image for robots to use.

Be wary though. Imagine, in the dead of night, your robot replica takes your place, stealing your life and driving your missus around on its Tesla Cyberquad. Pretty scary, right?

With the company website stating that it received over 20,000 applications in the space of a day, it can be assumed they have more than enough faces to steal.

popular
Metallica finally reacts to Stranger Things 'Master of Puppets' scene
Gary Neville hits out at ‘bullsh*tter’ Rishi Sunak over resignation
Brit on holiday beaten with a brick by gang before being thrown in the sea unconscious
Dad who ran off with Ukrainian refugee says couple are doing 'brilliantly' - but he can't see his kids
Premier League player arrested on suspicion of rape facing two more allegations
British schoolboy breaks internet after attending prom in sequined tuxedo ballgown
Conspiracy theorists believe the world will end today - here's why
You may also like
Entertainment
The JOE Entertainment Quiz Of The Year
News
Ghislaine Maxwell's Christmas dinner menu in jail revealed
Entertainment
Mrs Brown's Boys: In defence of one of the most divisive shows on TV
Sport
12 sports documentaries you need to watch this Christmas
Sport
The best and worst Premier League managers to spend Christmas day with
Next Page