I have an iPhone

I have Facebook. I have Twitter. I have Instagram. I have WhatsApp. I have active group chats. I have parents who still send texts. I have emails that clog up my inbox. I have news apps that ping every hour. I have bells. I have whistles.

END_OF_DOCUMENT_TOKEN_TO_BE_REPLACED

I have an iPhone, and sometimes I wish I didn't.

To be clear, I think the iPhone is amazing and would be lying dead in a ditch if I didn't have one, but we all know that we were never meant to be connected to everyone and everything all the time, and that we're all just a little addicted to it. The world has bent to the smartphone's will; it has evolved from a luxury to an inescapable essential. So what happens if I escape this essential for just a week?

Since I have a girlfriend who claims to like talking to me and parents who like knowing that I'm actually not lying dead in a ditch, I decided to take the mobile back to basics. Back to the start.

Beautiful, isn't it? I got it for £15 off eBay, cheaper than I expected. I assumed these things were like gold dust these days, but they're cheap as chips and still fully functional. 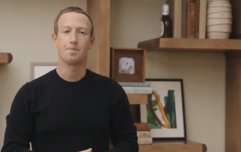 END_OF_DOCUMENT_TOKEN_TO_BE_REPLACED

The night before the experiment began, as I slotted in the now ludicrously big SIM card, I started to get the fear. Absurd, I know, yet I was so presently aware of everything I was abandoning. I set the alarm for 7am and wondered what the week would bring.

And I can tell you, the monophonic blurt of a 3310 is no civilised way to start any week. My fancy boy ears have been spoiled by Apple's gentle nuzzle of a good morning; now I was being rudely awakened by a digital bullfrog, belching and ribbiting its bleepy-bloopy way through my ear canal.

Half-awake and even less alert, the first thing I would normally do in the morning is check the news, scan through Twitter and Facebook, ignore all the email newsletters I'm too lazy to unsubscribe from, maybe reply to a few messages. Instead there was nothing. Sweet, blissful nothing.

Not having access to Twitter, Facebook and all other social media was a blessing. I could check them at work or if I was on the computer at home, but the rest of the time I had absolutely no idea what was going on in the world, and it was great. I also learned that literally no one uses text messages any more. Apart from my dad.

END_OF_DOCUMENT_TOKEN_TO_BE_REPLACED

This picture will no doubt remind you that the 3310 had fuck all space for text messages. I'm not the most popular guy in the world, but even I had to prune my inbox a couple of times over the week. Texting in general was a pain in the arse. You might look back on the days of using actual buttons with fondness, but trust me when I tell you that it's rubbish. It's fiddly, counter-intuitive and takes ages, and I bid good riddance to it. Touch screens are great, let's always have touch screens.

The only thing that the physical buttons were good for was playing Snake II. Holy fucking shit, Snake II is the best game ever made. Temple Run and Angry Birds can fuck off into the sun: after 16 years, Snake II is still King of Mobile Games. Unlike the buttons, Snake II is just as good as you remember, and if you're fed up with in-app purchases and irritating adverts, it's actually better. I spent so much time sat on the loo playing Snake that I'm sure people started to wonder if I needed assistance. The truth was that I needed no assistance at all: I was mastering Snake all over again.

Snake II was the height of mobile entertainment in 2000; these days you can watch everything from feature films to German pornography on your phone. I don't, as a rule, but every time I leave the house I immediately plug in my headphones and have some kind of noise warbling in my brain. Unless I wanted to listen to classic Nokia ringtones over and over, or treat my fellow train passengers to my shoddy Tone Composer rendition of the Match of the Day theme, I was going to have to do without tunes.

I read a book instead, White Teeth by Zadie Smith. It's pretty good. I don't read nearly enough, so it was great to have a reason to force myself to do it, but I definitely missed having access to music and podcasts. Reading is great and everything, but you don't want to read a book when you're coming back from a night at the pub; you want to put your favourite tunes on and swagger about the place like a Gallagher.

If you ask anyone what their least favourite thing about smartphones is, it's almost certainly going to be the crappy battery life. If you can get more than a day's use out of a single charge, well, you can't, so stop lying. The 3310 has a near-mythological reputation for outstanding battery life, lasting for days and days without even needing a mere tickle of electricity to continue. I was a little disappointed then, when my phone ran out of power on the second evening of my experiment.

There's no fair way to judge the 3310 on this. The battery is god knows how old and far from immune to the laws of entropy, so testing conditions were hardly optimal. Also, I was playing a hell of a lot of Snake II, so there's that. Still, two days' use is better than one day's use - that's a 100% improvement on the iPhone. Tim Cook, are you listening?

So they took a blow torch to it.

RIP my phone. You served me well, but even your might could not contend with that of a plumber's blow torch.

The week ended, and to be honest, I was glad to have my iPhone back. I don't know if I can wholeheartedly recommend going back to a Nokia 3310, because I am fundamentally too much of a millennial dickhead to ever fully relinquish my iPhone. However, disappearing from constant contact for a week is something everyone should try. It should be a national holiday.