Familiarity is powerful. It spikes the BBC News audience during a terrorist attack in Paris but limits interest in an Afghan bombing with 10 times the fatalities to a virtue-signalling retweet.

Most of us navigate life's muddy waters terribly, stumbling from messy paradox to messy paradox. Human rights law is no simpler. No simpler than your inability to reconcile owning the latest smartphone while opposing child labour used to mine the cobalt integral to its design.

Pep Guardiola is a stark example of this.

He protests the imprisonment of the hitherto unknown Catalan separatists Jordi Cuixart and Jordi Sánchez and not the bone-snapping human rights abuses perpetrated in the United Arab Emirates - whose deputy prime minister Sheikh Mansour employs Pep at Manchester City Football Club. He does so by wearing a yellow ribbon on game day. Although this week he has said he will stop wearing it if his boss asks him too.


There is always a cause more worthy of our attention, it does not negate the importance of another. Anyone can say: "You can't care about Catalan independence and not Kurdish self-determination." "How is that more important than the suffering of the Rohingya Muslims?"

In our fallible world these statements amount to whataboutery and moral one-upmanship, but in a utilitarian one they would be valid points. And if we lived in that reality, we could accuse Pep Guardiola of double standards. 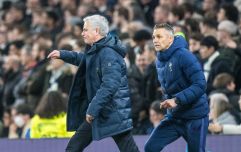 END_OF_DOCUMENT_TOKEN_TO_BE_REPLACED

It's cold in the desert outside Abu Dhabi. Sheikh Mansour's brother, Sheikh Issa, comes across a lone shivering man. He warms him up by setting him on fire. The man is not alone, he is being restrained by a uniformed police officer. Issa has been torturing him for more than half an hour. The man is bloodied after being beaten with a plank of wood, spiked with protruding nails. Salt has been poured in his wounds. A cattle prod, a stick that generates a massive jolt of electricity to steer unruly bulls, has been used on his scrotum. His eyes, mouth and nose have been filled with sand. The video's crescendo is Sheikh Issa repeatedly running the man over in a Mercedes SUV.

The "torture tape" can be found with the least concerted of Google searches. It was smuggled out of the United Arab Emirates and leaked to ABC News by US businessman Bassam Nabulsi. An Emirati criminal case followed and Issa was acquitted. The court ruled the behaviour was uncharacteristic of the Sheikh and accepted the defence argument that Nabulsi had injected Issa with drugs, forced him to carry out the torture and then used the video to try and blackmail him. Nabulsi denies this. Nabulusi was charged and convicted in the UAE, in absentia, of blackmail of Sheik Issa and sentenced to five years in prison.

Nicholas McGeehan is a researcher and campaigner specialising in the Gulf states’ migrant workers, he puts the UAE "on the same level as North Korea" when it comes to voices in the country. He says the country is devoid of activists and lawyers willing to speak out, observing that the ones who do have been disappeared. His profession is made infinitely more difficult by a brutal state-sponsored omerta.

Someone who provides factual information about the country to McGeehan can be tried  under UAE law on terrorism charges, punishable by the death penalty or a life sentence. The state security apparatus routinely abducts people on the street and there is strong, consistent evidence to show people are tortured to the point of false confession - using electric shocks, hanging and threats of rape.

Migrant workers are exploited and disenfranchised in the UAE (Credit: Brent Stirton)

"The government arbitrarily detains and forcibly disappears individuals who criticise authorities," Human Rights Watch's 2018 report on UAE reads. It also highlights the country's leading participation in the bombing of civilians in Yemen, its criminalisation of homosexuality and failure to legally recognise sexism as a form of discrimination.

Civil and political rights are non-existent. International watchdogs, like Amnesty International, are banned from entering the country. It does not recognise Israel as a nation state.

To be absolutely clear, the Emirati royal family preside over a state with an appalling human rights record. The UAE is not run by a progressive, socially liberal elite. Don't be blinded by Dubai Instagrams of your bikini-clad mates, drenched in capitalist excess. It's a cleverly constructed PR exercise that expats and tourists are unwittingly participating in by living in and visiting the country.

This is where it gets problematic for Pep. The more he protests, the more he wears the yellow ribbon, the sharper the focus on Catalonia, Cuixart and Sanchez, and his employers.

For him to demand, legitimately, fair trial, democracy and free speech in Spain, when he's employed by the government of the United Arab Emirates, presents somewhat of an open goal for even the most coffee-shop of conversationalists.

If he wants to point out the splinter in Spanish eyes, he should look at the nail-ridden plank in his own.