Social media giants were criticised by players in a powerful statement

Wales stars Ben Cabango and Rabbi Matondo are two of the latest footballers to experience racial abuse on social media. 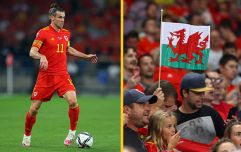 END_OF_DOCUMENT_TOKEN_TO_BE_REPLACED

The pair were sent a barrage of abusive messages, many racist in nature, following Wales' 1-0 win over Mexico in Cardiff.

The friendly match was full-back Chris Gunter's 100th international appearance, making him the first male player in history to register a century of appearances for Wales.

Robert Page named a much-changed starting lineup to the side that lost 3-1 to Belgium.

Cardiff striker Kieffer Moore gave Wales the win with the only goal of the game in the 11th minute. Moore controlled a Jonny Williams pass before slotting past Guillermo Ochoa.

Mexico's main threat came through Napoli forward Hirving Lozano, but to no avail. He and Cabango clashed on numerous occasions in a fairly feisty affair.

Cabango has been hugely impressive at centre back for Swansea, scoring four times from the heart of a defence that has conceded just 29 times this season.

After the match against Mexico, both Cabango and winger Rabbi Matondo were racially abused on social media.

Matondo, on loan at Stoke from Schalke, released a powerful statement on Twitter, calling on social media giants to do more to combat racial abuse.

And it continues... another week of @instagram doing absolutely nothing about racial abuse. My insta will get taken down if I post any clips from my games though... #priorities pic.twitter.com/TbIrH1aPqy 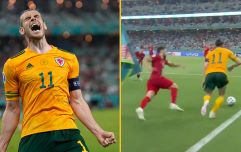 END_OF_DOCUMENT_TOKEN_TO_BE_REPLACED

After accusing social media platforms of "doing absolutely nothing" about racism, Matondo added "my insta will get taken down if I post any clips from my games though..."

Earlier this month, Facebook (which also owns Instagram) said in a statement it will "continue to work with the police and wider industry to collectively tackle this issue".

popular
Salt Bae customers disgusted at price of steak in his London restaurant
If you like Squid Game here's 6 shows you'll want to watch next
Grimes says she's starting a 'lesbian space commune' after Musk split
Why Inter Milan had to remove snake from away kit for Champions League tie
Netflix broadcast someone’s phone number in Squid Game and she got ‘4,000 calls a day’
Haunted house actor stabs 11-year-old with real knife
Brian Laundrie's parents call 911 on Dog the Bounty Hunter as he finds fresh campsite
You may also like
News
People demand dragon on Welsh flag be given a penis
News
The UK beaches set to be wiped out in 30 years due to climate change
Coronavirus
UK at ‘pre-peak stage of third wave’, warn scientific advisers
Sport
Euro 2020: Wales battle back to salvage point from Switzerland in Baku heat
Sport
Euro 2020 Quiz: Group A
Next Page