Umtiti skipped trophy celebrations after being booed by Barcelona fans

Samuel Umtiti's return to the Barcelona fold in yesterday's Joan Camper Trophy final against Juventus, after yet another season and around just a dozen or so appearances, was one to forget - so much so that he didn't even want to take part in the celebrations after having been booed by Barca fans at every turn.

END_OF_DOCUMENT_TOKEN_TO_BE_REPLACED

A friendly pre-season fixture though it may have been, winning a game and a trophy with your teammates is what professionals live for; that being said, we would defy any players to be able to withstand this level of jeering from, supposedly, their own fans.

Umtiti got whistled and booed when he entered the pitch and every time he is touching the ball. pic.twitter.com/BBdSqsfOWr

As you can see, while the 27-tear-old Frenchman won't be blind to the ongoing situation - he himself being one of several players the club tried to offload for free in order to clear the wage bill and register new signings, as well as re-sign Messi - he likely didn't expect the level of reception he got.

This is very much a case of before and after, as you can see how quickly that smile deteriorated.

Samuel Umtiti was upset, following the boos during the presentation and the game. He went straight to the locker room after the game & wasn’t in the group picture when the Gamper trophy was awarded. #FCB [@JosepSoldado] pic.twitter.com/sq5ZSdY7iy

Here you can see him sitting alongside Miralem Pjanić: a player who also received a fair amount of whistling from the home fans as one of the other names who refused to leave. This is very much that pretty much sums up the mood surrounding a number of players at the moment. 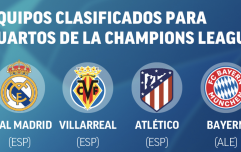 END_OF_DOCUMENT_TOKEN_TO_BE_REPLACED

Although fans are not only frustrated that Umtiti would not leave the club as was deemed necessary, not to mention now reeling from the departure of the greatest players of all time, it is worth reminding that it is the club who got them into this mess in the first place.

Umtiti is gettin booed at the presentation smh who would have thought that in 2018? pic.twitter.com/qQcMQhpAUO

Ok, yes, the perception is now that players like Umtiti, bit-part ones especially, are now simply collecting a paycheck every week but it is also a difficult situation when no club wants to come in for them because a) the asking price is too much, b) the wages are also recklessly high and c) the only other option is to leave on a free/let your contract run out.

Barca fans might have been expecting some kind of gentlemanly discourse to take place because the severity of the situation necessitates business to be done ASAP, but also ask yourself: would a professional footballer earning hundreds of thousands of euros a week walk and being berated at the same time make things easy for them?