'It's just the right thing to do, but I don't think he will do that because he wants that 21st title'

Tennis icon Martina Navratilova has offered her two cents on the ongoing Novak Djokovic drama, urging her fellow tennis pro to "suck it up."

Navratilova, who won 18 grand slam titles and a further 41 in doubles, has criticised Djokovic's anti-vaccination rhetoric while also saying his Australian visa should be revoked.

"The best thing for Novak to do I think would be just say 'you know what, there are too many mistakes, this is not OK and the right thing to do is just to go home," Navratilova told Sunrise on Thursday. 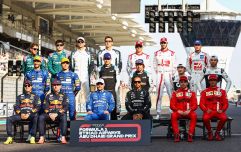 END_OF_DOCUMENT_TOKEN_TO_BE_REPLACED

She added that: "It's just the right thing to do, but I don't think he will do that because he wants that 21st title."

Navratilova has urged the tennis star to make a simple choice: "get vaccinated or don't play."

She added: "Your personal beliefs have to be trumped by what is good for the greater good for those around you a your peers.

"If I were in the same situation and I didn't want the vaccine, worried what it may do to my body, everyone else is doing it because it is the right thing to do and the country demands it. 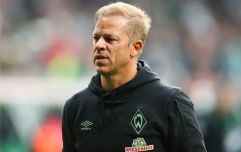 END_OF_DOCUMENT_TOKEN_TO_BE_REPLACED

Urging Djokovic to "suck it up", the former tennis pro noted that he has a responsibility as the leader and role model.

She continued: "I defended Novak, admired his commitment to becoming the best tennis player he could possibly be as I know it takes to do that."

On her own experiences, Navratilova admitted that "there are so many times where I want to throw the racquet" but didn't due to kids watching. She added that the "same goes with the vaccine" and noted that while it's something he does not want to do, the numbers are "in favour of getting vaccinated".

CNN's timeline of Novak Djokovic's activities around his positive Covid test does not reflect well on him at all ... pic.twitter.com/Hhs1LVdKqv

The 65-year-old stated she was concerned about Serbian fans. She said: "Serbian fans get very emotional, you've had problems in Melbourne and Sydney."

"Sometimes you just need to do the right thing and calm things down rather than make things worse.

"The Serbian people I'm sure are 95 per cent in favour of Novak but the rest of the world is 95 per cent the other way.

"The best thing to happen again would be for Novak to go home but I don't think he will do that. There is just a lot of people that have a lot of egg on their faces."