How do you celebrate winning yet another fight as the baddest fighter on the planet?

Easy - you rock up at Brazil's biggest football stadium, upstage the local UFC hero and nail as many hotdogs as you can.

END_OF_DOCUMENT_TOKEN_TO_BE_REPLACED

That's exactly what Ronda Rousey did after her 34-second UFC 190 demolition of Bethe Correia in Brazil.

Rousey rolled up at the Maracana Stadium to watch Flamengo's 2-2 draw with Santos and everyone lost their minds.

She even drew more attention that Brazilian UFC champion Jose Aldo in his own back yard. 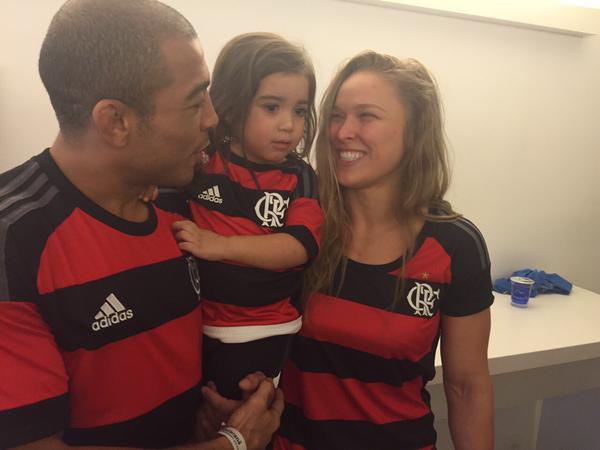 As the video below shows, Rousey attracted roars and selfies wherever she went.

Rousey was a frequent visitor to the concession stand at the famous old ground.

She may have only clocked 34 seconds in the Octagon against Correia, but she certainly earned her celebrations. Hotdogs all round.