Sheffield United came back up to the Premier League in the 2019/20 season and comfortably secured survival. They championed an unorthodox system of overlapping centre-backs, grabbed numerous late winners/equalisers and caught virtually everyone by surprise at how well they'd adapted. Or so we thought... 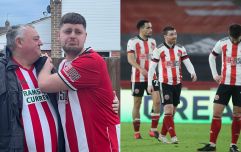 END_OF_DOCUMENT_TOKEN_TO_BE_REPLACED

This year, the Blades have had more of the classic dogfight down in the relegation zone that we expected last season and have had to scrap for every single point they've earned - of which they only have 14. With just four wins, two draws and a damning 23 defeats, the writing is on the wall. Moreover, it looks as though Chris Wilder saw it coming.

Wilder left Sheffield after five years by mutual consent earlier this month and although this isn't uncommon after a bad start to the season and in teams facing the drop, it would seem Wilder wanted out earlier. As per the club's owner, Prince Abdullah, Wilder tried to resign "twice" before his eventual departure.

In the half-hour interview with Sky Sports, Abdullah detailed how Wilder had expressed a desire to leave in both December and January. The lifelong Bladesman apparently also tried to push for a "£4m to resign". The owner sustained that they weren't going to pay a severance fee, saying: "We are not firing you, why would we have to pay almost one year's salary?'"

Although Wilder stated that part of his reasoning was that he felt "the team needed a change, a new voice", issues around recruitment were also believed to be a key factor. Abdullah insisted that "we recruited how Chris wanted, we spent over £120m". He went on to point out that "Liverpool and Tottenham have two forwards, we have six [...] and we spent around £60m on them".

Among them are the likes of David McGoldrick, Oli McBurnie and, of course, long-time servant, Billy Sharp. Sheffield also brought in youngster, Rhian Brewster, who cost them a club-record £23.5m. However, he is yet to score in 23 appearances for the club and they have only scored 16 league goals all season.

Players such as McBurnie and Sharp have expressed that they feel they had "let down" the former coach and that his loss has hit the dressing room hard. On the other hand, despite appearing like a close-knit group that came up and stayed up (if only for a season) because of their chemistry and camaraderie, it seems not everyone was held in the same esteem.

Today is a sad day for everyone at this great football club. Thankyou for everything you did for me and my family gaffer, I will never forget it. We truly shared some fantastic times on and off the pitch together. Sorry we let you down in the end. pic.twitter.com/0iANmyEzo0 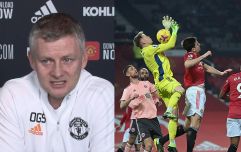 END_OF_DOCUMENT_TOKEN_TO_BE_REPLACED

Wilder's open complaints that "all I have is Championship players" was also damaging, according to Prince Abdullah. The owner had to remind him that "those players finished ninth in the table last season" and that not only were comments like this a detriment to morale but to the club financially, as well.

Following Wilder's departure, Paul Heckingbottom has filled in as interim manager but, obviously, the focus is already on next season. The Prince said, "Our first priority is to get back to the Premier League" and regarding a full-time appointment, "All options are open".

He concluded by saying that "we want to see how the team performs for the last eight or nine games" and that although "we want a coach who will be involved in recruitment [...] we have to learn from the mistakes we made before". Question is, will more spending and the right coach be enough to get them back up? Also, where will Chris Wilder end up next?